Edinburgh operators have hit out at a new trade waste policy, claiming it is costing businesses time and money – and, in some cases, failing to meet its main objective of cleaning up the capital’s streets.

Owners and managers say the new system, whereby commercial bins cannot be put on pavements or roads, except for a period of up to one hour during three specific time slots when they are due to be emptied, is impractical for many venues, particularly those located in basements and closes. 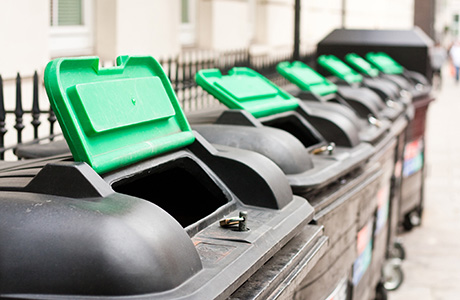 Under the new regime, which is being implemented in phases across the city following a trial, business owners must arrange for their waste collector to empty bins between 9.30am and 12noon, 2pm and 4pm or 6.30pm and 11pm and can only put bins or bags of waste, which must be marked with the name of the business and collection time, onto the street or pavement for one hour during these times; anyone leaving bags or containers in public for more than an hour or outwith the collection windows could be fined up to £1000.

The initiative is designed to improve the appearance of the capital’s streets.

But operators say it means rubbish is out on the pavements and streets at all times of day, is costing them more to ‘manage’ their outlet’s bins, and poses potential health and safety risks.

Mike Aikman, whose outlets include late night basement bar Bramble on Queen Street, said implementing the new system has been a “nightmare”.

“There doesn’t seem to be an understanding that we’re not all open 9am to 5pm,” he told SLTN. “I also think it’s dangerous to have to bump bins up and down the stairs to have them emptied.

“I understand what the council is trying to do but it’s not been properly thought through.”

Stuart McCluskey, whose venues include The Devil’s Advocate on Advocate’s Close, said: “The impact on businesses is ridiculous; there are cost implications not to mention health and safety issues. This hasn’t been thought through at all.

“I understand why they’re doing it but the council has to listen to businesses.”

An Edinburgh bar manager who asked not to be named said: “It has increased costs and there are bins and rubbish bags lying out at all times of day.”

Environment convener councillor Lesley Hinds said: “This policy was introduced after a trial period and full consultation with businesses and trade waste companies. Throughout this process we have worked with those affected to address issues such as storage space and timing.”