Brewdof has unveiled several new bar formats as it continues its expansion in the UK and overseas.

The five concepts – Shuffledog; Dogtap; Doghouse; Dog Eat Dog; and The Newington Fix – will all appear within the next year. 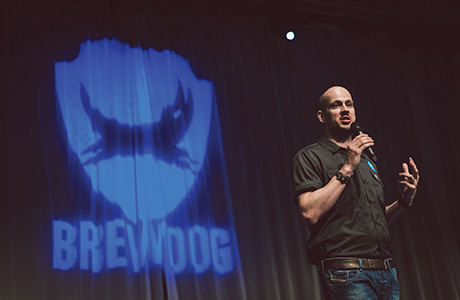 The new formats were revealed at the company’s latest AGM, which was attended by more than 6000 of Brewdog’s ‘Equity Punks’ – fans who have invested in the business’s Equity for Punks crowdfunding scheme.

Shuffledog will be a draught-only bar kitted out with shuffleboard tables, arcade games and pinball machines; Dogtap is a format for smaller towns and will stock only Brewdog beers; Doghouse will incorporate a restaurant, bar and bottle shop; and Dog Eat Dog will serve hot dogs alongside craft beer.

The Newington Fix format will sell artisan coffee during the day and craft beer in the evening.

The company also recently appointed a new head of international sales and secured a site in Columbus, Ohio, for a new brewery in America.