PARTNERSHIPS between government and the trade are the best answer to tackling Scotland’s alcohol issues – not further legislation.

That was the message from Diageo’s Mark Baird at a licensing seminar in Glasgow last Friday (June 5).

Speaking at the SLLP Big Licensing Conference, Baird – head of alcohol in society at Diageo – said initiatives such as Best Bar None and the Scottish Government Alcohol Industry Partnership (SGAIP) have been more effective in reducing alcohol harm than blanket legislation such as the ban on multi-buy deals in the off-trade or legislation related to overprovision. 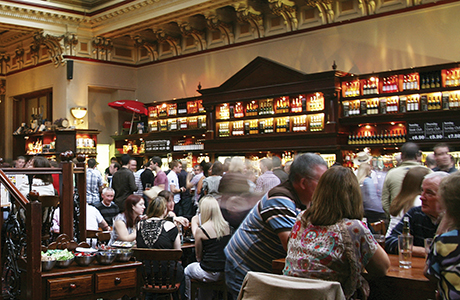 Baird quoted statistics from Police Scotland’s Alcohol and Violence Reduction Unit, which highlighted significant drops in serious and common assaults in parts of Airdrie and Coatbridge after the introduction of the Best Bar None scheme.

He also highlighted the SGAIP campaign to promote 125ml wine measures, which he said had been effective in growing the number of these measures sold in the on-trade.

“It’s targeted, but it can also be much faster, adaptable and cheaper. If we do something and it doesn’t work then we can change it quickly.”

And he dismissed the view that greater availability of alcohol leads to greater consumption. He argued that areas with more licensed premises are merely a case of “supply and demand”.

“Areas of high demand will have more supply – it’s as true of alcohol as it is of any other product,” said Baird.

“If supply was sufficient to create demand then there will be more and more alcohol retailers opening everywhere until they were equally distributed across the country. That’s not the way economics works.”

While conceding that the number of alcohol-related illnesses and deaths in Scotland every year is “still way too high”, Baird pointed to Scottish Government figures that showed these numbers have been falling since 2007.

“Given the bombardment we get every day from headlines, anyone could be forgiven for thinking we’re in the middle of an epidemic and every single element of alcohol harm is going in the wrong direction,” he said. “But actually the reality is very different.”