Manorview Hotels & Leisure Group has been named one of the most inspiring SME businesses in Britain by the London Stock Exchange Group.

The firm, whose outlets include The Commercial in Wishaw, The Busby, south of Glasgow, and the Lynnhurst in Johnstone, was listed in the stock exchange group’s annual ‘1000 Companies to Inspire Britain’ report. 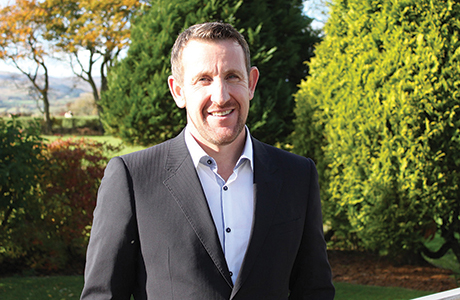 Manorview, which was set up by Steve Graham in 2007, is said to be the only Scottish business in the ‘accommodation’ category of the report. A total of 76 Scotland-based companies made the listing; food and drink was said to be the fastest-growing sector, with other businesses recognised including BenRiach Distillery and Brewdog.

Steve, who was awarded the SLTN Entrepreneur and Independent Multiple Operator awards in 2013, said: “To have the hard work and ongoing success of Manorview Hotels recognised nationally by the London Stock Exchange is a great achievement and very much down to the hard work and dedication of our team.”

Manorview, which reported net turnover of more than £9 million in the year to March 31, 2015, is currently transforming Boclair House in Bearsden into a boutique hotel.