HOSPITALITY and tourism groups have welcomed the devolution of Air Passenger Duty (APD) to the Scottish Parliament.

Following the publication of the Scotland Bill on May 27, the proposals outlined in the Smith Commission report are expected to come under Holyrood’s remit in spring next year. 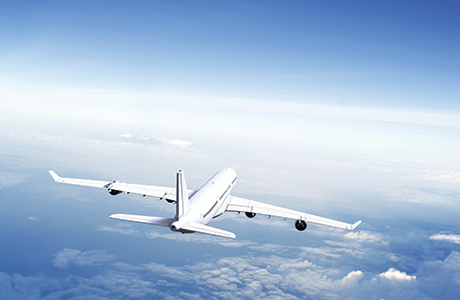 The SNP administration is committed to reducing APD by 50% when powers are transferred.

Tourism groups say a reduction in APD will help increase the number of foreign visitors travelling to Scotland and boost tourism and hospitality businesses.

Willie Macleod, executive director of the British Hospitality Association, Scotland, said the group had campaigned for a reduction in APD for several years.

“I think it will make it more attractive for international visitors and make the price of a holiday to Scotland more competitive,” he told SLTN.

Marc Crothall, chief executive of the Scottish Tourism Alliance, welcomed the devolution of the duty.

He said: “Any reduction in taxation which enables Scotland to become more competitive as a global destination obviously has a positive impact on driving the growth of our economy and growth in all areas of the industry – attractions, hospitality, our licensed trade, retail, transport and every other sector large and small, far and wide which tourism touches all over Scotland.”

Crothall said: “The removal of any barriers which prevent people coming to our country and impact on their ability to enjoy unique and memorable experiences whilst they are here can only be viewed as good news.”

“There is no doubt that Air Passenger Duty is acting as a major deterrent to many potential visitors,” said a spokeswoman for VisitScotland.

“Few other EU countries levy APD, so this places Scottish tourism at a competitive disadvantage.

“We are pleased that as of last month APD no longer applies to under 12s and that fiscal authority for APD will be transferred to the Scottish Government next year.”

He said: “The current arrangements are disjointed and need to change to stop levies leaking south of the border and instead promote Scotland’s booming food and drink industry.”

A taste of the Caribbean in the Scottish winter