Drinks firm Pernod Ricard has urged operators to get creative with ‘sunshine drinks’ this summer to help drive sales.

The firm is introducing on-trade point of sale material and activity for its Malibu and Havana Club brands. 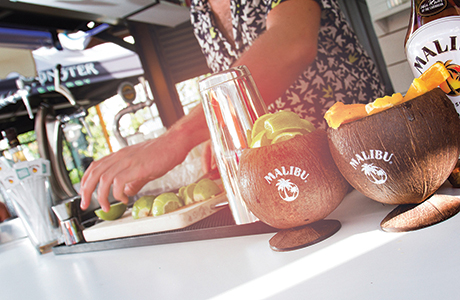 “Summer presents huge sales potential for the on-trade, particularly within premium spirits which is experiencing 6.6% value growth versus the alcohol category growth of 1.9%,” said Ellis.

Ellis claimed rum was the star performer last summer and hopes the firm’s Malibu and Havana Club summer campaigns will help licensees tap into its popularity.

As part of the promotion customers will be offered a Malibu Piña Colada on July 10 and 11 at over 800 bars, including Slug & Lettuce and Las Iguana outlets as well as independent outlets across the country.

Malibu has put together a team of ambassadors including Mike Aikman of Bramble in Edinburgh to promote the campaign.

Bartenders will be invited to enter the #PimpedColada cocktail competition, in which they will be asked to create a classic Malibu Piña Colada with “the UK’s most fun garnish”.

Entries close on July 3 with the winner announced on National Piña Colada Day.

“We’ve seen some fantastically creative cocktail garnishes recently – from the Banana Dolphin to the Pineapple Parrot – so what better way to drum up excitement than through the creative expertise of our nation’s bartenders,” said Joanna Alexander, marketing manager at Pernod Ricard UK.