WITH initiatives such as Whisky Month and the Year of Food and Drink in full swing, there’s never been a better opportunity for licensees to grow their sales of Scotland’s national drink, say whisky firms.

As Scottish produce continues to take centre stage, consumers could be more willing than ever to sample different and more premium drams, they say. 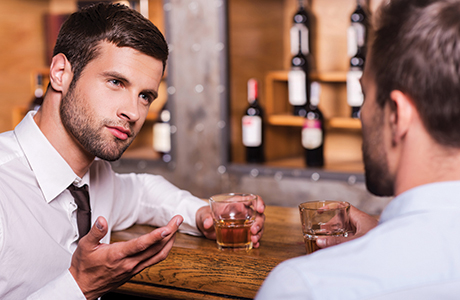 He said: “A few unusual expressions are of great interest to the consumer because of the thirst for knowledge of brands’ stories and origins.

“Whiskies with a rich history which are not found everywhere are particularly appealing to the consumer.”

And single malt consumers, he said, tend to be adventurous and willing to experiment.

“The great thing about the malt whisky consumer is that they are open to trying new things,” said Boyd.

“They may have their favourites but they will consider alternative options and have constantly changing preferences.”

Jim Grierson, on-trade sales director at distributor Maxxium UK, whose portfolio includes The Famous Grouse, The Black Grouse, Laphroaig and The Macallan, said it is important that outlets “review their whisky range to ensure they are stocking the most popular brands in their respective categories”.

But a good range will include a balanced selection of malts as well as blends, said Grierson.

“By offering a good and well-balanced range of premium malt and blended whiskies, bars and pubs can ensure that the full flavour range is covered to suit every palate,” he said.

“This will allow customers to select their favourite whisky while also enticing consumers to try an expression for the first time.”

He added that outlets can look to attract new customers through events such as whisky tastings.

McNaught said events will be a major focus for the brand in the coming months.

“There has been a trend towards food and whisky pairings and Balblair will be running several of these in the on-trade over the summer,” she said.

“These have proved hugely successful in attracting a younger ‘foodie’ audience whilst demystifying the category and making Scotch whiskies more attainable.”

“There is a clear distinction between the consumer of Johnnie Walker Red Label and Bell’s,” said Dodwell.

“Bell’s has a loyal base of traditional, mainstream consumers, whereas with Johnnie Walker Red Label we’re interested in recruiting a new generation of whisky drinkers with a more contemporary approach, and a focus on new serves and mixers.”

And Chris Leggat, commercial director of independent whisky bottler Douglas Laing & Co, said the business is promoting cocktail serves for its brands, including an Old Fashioned made with its Timorous Beastie blended malt.

“Scotch whisky is not just a cold weather drink – long serves like the successful and traditional high ball in Japan can be consumed all year round or classics like the Whisky Sour or a Scotch Manhattan can be enjoyed on a summer day,” said Leggat.