GUIDANCE from Police Scotland suggesting licensees of premises “associated with” the Glasgow ‘subcrawl’ “consider restricting access to regulars only” has been slammed by operators.

Pub owners said the suggestion they consider not allowing new customers or tourists into their premises “beggars belief”.

The Police Scotland letter, sent to pubs which appeared on websites about the ‘subcrawl’ – where people visit a pub near the 15 subway stations – states: “Clearly for some premises activities such as this represent an opportunity to increase sales but this must not be to the detriment of public safety. In this regard, there are a number of measures (some of which are in any event legislative requirements) we would specifically ask you to consider”. 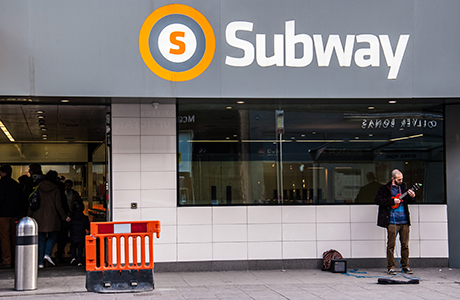 It then lists measures including “stop any drunk persons entering your premises”, “discourage sales of shots/encourage the sale of longer drinks” and “consider restricting access to regulars only”.

But the guidance has angered licensees.

One operator, who asked not to be named, told SLTN: “Figures show a huge number of tourists visit our pubs and we’re still benefiting from last year’s Commonwealth Games – should I consider turning that away now?

“We get a lot of business from the pipe band championships every year – would they be considered regulars if they come every year?

“After the Commonwealth Games and Ryder Cup, we should be benefiting from an influx of tourists this summer.

“If you say it’s regulars only in your pub you’re saying you’re closed to tourists, and any other new customers too.

Alistair Don of the Doublet bar also criticised the suggestion. “Apart from only allowing regulars in, as responsible
operators we do everything else on the list,” he said. “It’s farcical.”

Donald MacLeod, chair of Glasgow  licensing forum, said: “This sort of letter will only drive a wedge between the trade and the police. There is already plenty of legislation and regulations; we are well aware of our responsibilities.

“Tourists are already being put off by the lower drink drive limit and now they’re suggesting we turn tourists away. It’s crazy.”

SLTA chief Paul Waterson said: “Every licence holder is trained to a very high standard, no member of staff is able to work without undergoing two hours’ training and the trade supports schemes like Best Bar None and Pubwatch.

A spokesman for Police Scotland said: “Officers from the Greater Glasgow licensing department visited a number of premises associated with the Glasgow ‘subcrawl’ and offered general guidance.

“We are not instructing licence holders to restrict access to regulars only. It is simply a tool that licence holders may wish to utilise to support our objective of keeping people safe.

“Our aim is to work closely with licence holders to provide a safe environment for people to enjoy alcohol responsibly.”