The co-founder of craft brewer and bars group Brewdog has insisted the company will stay true to its roots as it continues to grow in the UK and overseas.

Brewdog, which was founded by James Watt and Martin Dickie in 2007, now owns 20 bars in the UK and eight in other countries. The firm’s beers, which include Punk IPA, Five AM Red Ale and This Is Lager, are available across the UK on and off-trades as well as being exported across the world. 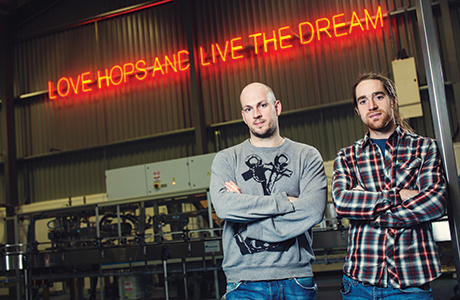 Speaking to SLTN, Watt said the business will continue to keep the focus on its beer and its people as it expands.

“If we focus on those two things then everything else takes care of itself,” he said.

“We are the first living wage employer with a national footprint in our industry, we invest so much in staff training, staff personal development – things like the Cicerone qualifications – we’ve got medical insurance in place for all our full-time staff, we’ve got loads of amazing staff perks and benefits.

He pointed to companies like American brewer Sierra Nevada as an inspiration.

In order to finance the company’s expansion plans Brewdog recently launched the fourth round of its Equity for Punks crowdfunding scheme.

The initiative aims to raise £25 million to fund the opening of further Brewdog bars as well as the construction of a new brewery, the opening of a ‘craft beer hotel’ in the north east and the launch of a new craft distillery.

Watt said the Equity for Punks scheme is what has allowed the business to grow on its own terms.

“Every small business that is growing quickly has to get finance,” he said. 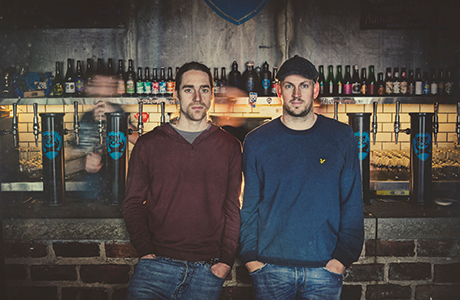 “You’ve got to choose where you get that finance from. Most options for small companies inevitably lead to you having to compromise something about what you believe in. So if we got a parent company they might get us to cut costs or save money. If we got a venture capitalist they would have us hit investor targets, which means we would have to discount or push too far.

The growth hasn’t been without its challenges, however, and Watt was critical of Glasgow licensing board in particular for delaying the company’s work on a new bar in the Merchant City.

He said the board took more than eight months to grant a premises licence for the unit.

“In England the main kind of licence application gets determined in 28 days.

“The council should determine the licences in one month, not eight and a half months.

Brewdog’s second Glasgow bar will be a different proposition to the company’s first site in the city.

The Merchant City unit will be a hybrid premises for the firm – combining bar, restaurant and bottle shop.

And there could be further Scottish sites on the horizon.

Moving forward, Brewdog has stated that it will prioritise opening bars in areas where there are a large concentration of Equity for Punks investors.

“In St Andrews we seem to have a lot of Equity Punks, so there could be an opportunity there,” he said.

With profits up and an expanding bars division it’s safe to say Brewdog has been on a roll of late. But Watt is confident there remains plenty room for growth for the firm, and for craft beer in general.

“I think it’s just the very start of the craft beer explosion in the UK,” he said.