Sunshine will bring a boost for premium spirits and wines, says Pernod Ricard

Cocktails will be central to Pernod Ricard’s summer on-trade plans this year.

The firm behind brands such as Malibu, Havana Club and Jacob’s Creek will be distributing cocktail recipes and point of sale materials to outlets across the UK ahead of summer in order to help licensees “tap into alcohol sales opportunities this summer”. 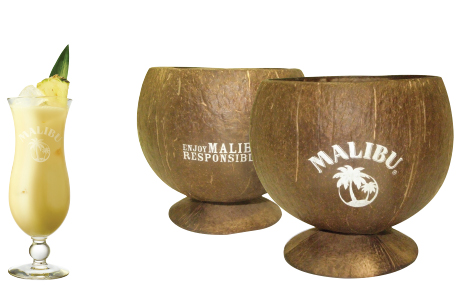 Pernod Ricard has highlighted rum as a “star performer” from last summer and will be heavily promoting its Malibu and Havana Club brands with the hope of repeating the success.

Rum and coconut-based liqueur Malibu, commonly used in summer cocktail the Piña Colada, will be promoted by Pernod Ricard ahead of ‘National Piña Colada Day’ on Friday July 10.

As part of its Piña Colada Day activity, the company will be conducting sampling activity as well as boosting its campaign budget for promotion of the brand.

Cuban rum brand Havana Club will also be given a push this summer as Pernod Ricard plans to promote the spirit as a base for popular summer cocktail the Mojito.

Chris Ellis, commercial director for Pernod Ricard UK, said the firm will work closely with brand ambassador Meimi Sanchez as well as businesses in the on-trade “to ensure consumers are able to experience the best authentic Cuban Mojitos, made with Havana Club Añejo 3 Años, when drinking out of home”.

Wine will also be a focus for the drinks giant this summer as Pernod Ricard prepares to launch the second stage of Australian wine brand Jacob’s Creek’s ‘Made by Australia’ TV campaign.

This summer the activity will include a tie-up with defending Wimbledon champion and current tennis world number one Novak Djokovic.

Ellis said that Pernod Ricard’s promotional activity combined with its product range could pay dividends for licensees this summer.

“By implementing a combination of engaging summer activation in-outlet and offering customers a range of premium wine and spirit serves, we are confident licensees will reap the rewards of the summer occasion,” he said.

He added that summer presents “huge sales potential” for the UK on-trade, and particularly with premium spirits.

And despite the lack of the headline grabbing summer events seen in 2014, Ellis said bank holidays will still allow operators to cash in on the season and boost cocktail sales.

“With few large sporting events happening, the bank holidays in May and August offer a strong opportunity to experience a peak in sales, particularly as these occasions are always met with a rapid increase in share serve cocktails,” said Ellis.