FROM Edinburgh to Kuala Lumpur, bartender Nicky Craig has managed to cover a lot of ground in a relatively short space of time.

The general manager of The Basement Bar on the capital’s Broughton Street, Nicky was named SLTN Barperson of the Year, in association with Molson Coors, at last year’s SLTN Awards. 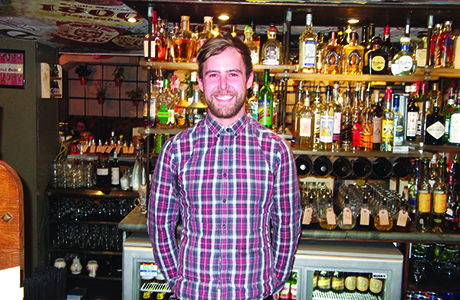 Although still in his twenties, Nicky’s journey to the awards stage wasn’t a short one.

He joined the Signature Group, parent company of The Basement Bar, at the tender age of 18, shortly after the company had acquired Edinburgh hotel, bar and restaurant The Rutland.

Although he was at university at the time, a promotion to a supervisor’s role at the venue made him rethink his studies and focus on the trade full-time.

“I remember vividly sitting in a class with one of my lecturers and they were going over all these idealist views of how to manage a business, and I remember thinking ‘that’s not relevant when you’re actually in a venue’,” said Nicky.

“It’s all very well learning all of this, but the practicality and experience [of working] is going to be so much more worthwhile.

“I knew then that I was done with uni and this was what I wanted to do.”

The stint at The Rutland led to time at another Signature venue, The Queen’s Arms on Frederick Street, where he was able to add cask ale and whisky knowledge to the spirit and cocktail education he’d had at The Rutland.

However, the next step would be a far bigger one. 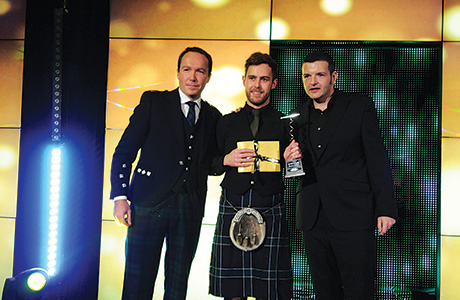 Through a relative in Malaysia, Nicky was invited to help refurbish and then run a bar in Kuala Lumpur.

“Although it was daunting and a bit scary I just thought it was an opportunity I’d be stupid not to take,” said Nicky.

But although the experience of running his own venue was a valuable one for the 22 year old bartender, Malaysia didn’t make him feel quite as welcome as Edinburgh.

It’s safe to say the welcome from Signature when Nicky returned to Scotland was considerably warmer than the one he’d received in Malaysia.

A long-established venue in the capital, Signature acquired The Basement Bar in 2013.

A refurbishment followed, headed up by Nicky and Signature area manager Hazel Ward.

“The main thing was to give it a really solid identity in its food and its offer, introduce cocktails onto the menu and just raise the standards a bit, but keeping the feel of what The Basement was always about; a relaxed, fun place to be,” said Nicky.

New tequilas – a personal passion of Nicky’s – have appeared on the back-bar (he cites Cale 23 Blanco and Tapatio Excelancia as his own favourites), and there is now a robust cocktail list. The range of beers has also been overhauled.

Other aspects of the bar have taken a lead from sister Signature venues.

“The style of service is very similar to the Queen’s Arms,” said Nicky.

“Little things like that set us apart from your average boozer.”

More than a year after the refurb and the bar has attracted new customers and increased sales, which will no doubt please the parent company.

As to the future, there are no hints as to what Nicky’s next step might be.

“I’d like to think I’m still young and have some time to play with,” he said.