OPERATORS in Orkney are preparing for a tourism boost in the coming months from a record number of cruise liners.

This year, 83 ships carrying more than 80,000 passengers and 25,000 crew are expected to arrive in Kirkwall between April and October, presenting significant opportunities for bars, restaurants and hotels, as well as food and drink producers.

Kelly McGuigan, owner of Helgi’s bar in Kirkwall harbour, provides island-brewed ales on tap and a menu focused on local fish and seafood. She said she is expecting an uplift in trade this summer. 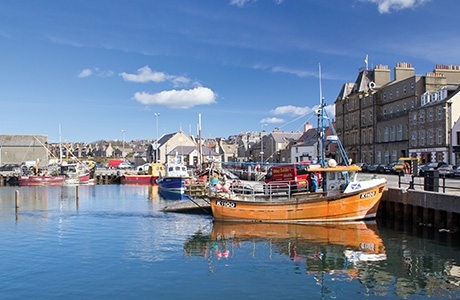 “Every year the number of people coming in to the bar goes up and we benefit from it,” she told SLTN.

“Sometimes the weather’s not great and when the passengers come off the ship they are looking for the first place to shelter.

“We get a lot of people asking for local beers and produce so it becomes a really important part of the business.

“Last year during the cruise season we were busy every night. People are spending money so it also contributes to the local economy.”

Among the liners visiting the islands this summer is the MSC Splendida, which will berth in Orkney for the first time carrying more than 4300 passengers. Seven other liners will make debut visits including Disney Magic from Disney Cruise Line, whose only UK port of call is Kirkwall.

And new P&O luxury vessel Britannia will arrive in port as part of her British Isles maiden cruise voyage.

Laura Harcus, who works in the bar at St Ola Hotel in Kirkwall harbour, said the business has recently opened a new bar area to capitalise on liner visitors.

The hotel stocks beers from the Orkney Brewery and Scapa Special from Highland Brewery, as well as whiskies from Orkney’s two distilleries – Highland Park and Scapa – which are expected to prove popular with visitors.

Harcus said: “This will be the first year we have been using it [the new bar area] for the cruise ship trade.

“We will have local beers on and local food. We are definitely looking to that [cruise ship] market. 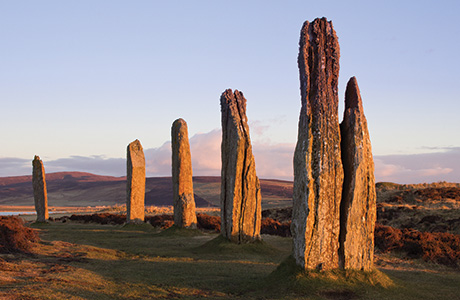 “A lot of people want to go off on bus tours, but others when they come off the ships are just looking for somewhere to go. We are hoping with new signage and leaflets we will attract them to the hotel.”

Brewers on Orkney say they too are benefiting from the increasing number of visitors arriving by sea.

Christine Sinclair of Orkney Brewery said the company expects it to be “a good tourist season”.

“We are operating at a pretty high capacity and orders keep increasing on a monthly basis so our next step will be more hands on deck but ales generally are performing well,” said Sinclair.

“The cruise ship times coincide with the general rise in tourism for the summer season so there is a rise in demand for the ales all over.”

Lewis Hill of Highland Brewing Company at Swannay Brewery near Evie, said: “2014 was the busiest year yet for liners and we saw volumes of both draught and packaged beer sales rise in Orkney compared with 2013.

“We gained new pubs who advertised the fact they were pouring our beers outside their premises, and the fact that local beer was on drew in customers.”

He added: “My personal opinion is that the liners are good for the local economy where facilities are provided for them to have enjoyable Orkney experiences, ie. buying the local produce or soaking in some of our historic culture.”

He said:  “We’re all set for a record-breaking year for cruise ship visits.

“In all, the 83 vessels amount to just over three million gross tonnes of shipping – and more bookings are still expected for 2015.

“The increase in the size of ships visiting demonstrates the confidence the industry has in our ability to deliver a first class experience for visiting passengers.”

Barbara Foulkes, VisitScotland island manager, said: “An increase in the number of cruise ships visiting each year demonstrates the international confidence in our tourism industry and the growing desire of visitors to experience Orkney’s unique landscapes, heritage and culture.”