INVERNESS nightclub, bar and restaurant venue The Den & Johnny Foxes has been named Best Bar None National Champion for 2014-15.

Competing against 46 finalists from across Scotland, the venue picked up the grand prize after earlier winning the independent bar award at the Best Bar None National Awards ceremony held in Murrayfield Stadium in Edinburgh. 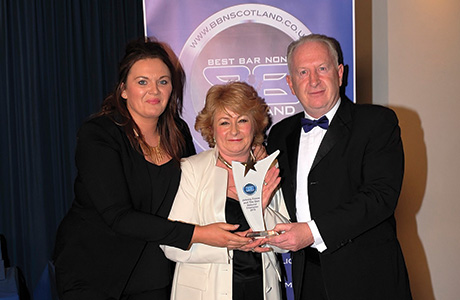 A further nine outlets took top prizes in a range of categories including Glasgow venues The Three Sisters, Bon Accord and Campus which picked up the best pub, independent pub and nightclub awards respectively.

In Aberdeen, The Garage was recognised for the best public health initiative and The Institute Nightclub won the best use of innovation gong.

Don Lawson, owner of The Den & Johnny Foxes, said he was “beyond delighted” by the win.