THE Scottish Licensed Trade Association (SLTA) is calling for different rates of alcohol duty for the on and off-trades, in a bid to offset some of the losses sustained by pubs, hotels and restaurants in the wake of the lower drink drive limit.

The trade group’s chief executive Paul Waterson said a duty differential between pubs and shops could help counter the “significant” drop in trade
experienced by many operators since the drink drive limit was reduced from 80mg per 100ml of blood to 50mg on December 5. 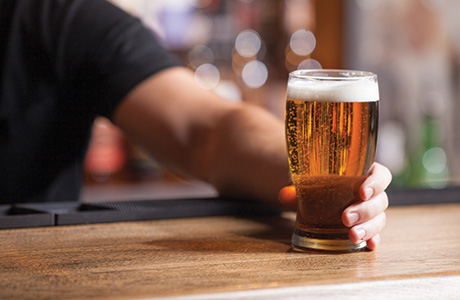 The call for Westminster to introduce a lower rate of alcohol tax for the on-trade comes after an SLTA survey revealed almost two thirds (64%) of premises had seen sales slump by up to 10% since the new limit came into force, with some reporting midweek trade is down by as much as 30%.

Waterson said the “fight is on” to save pubs.

“We’re trying to protect our businesses and get something back because this [lower drink drive limit] is seriously impacting on trade,” he said.

“We’re calling for different duty rates for the on and off-trades. We’ve got to look into it.

“I think if people are drinking in the on-trade, which is a controlled environment, duty should be less than for alcohol bought in a supermarket and drunk at home.”

The duty differential is one of a number of measures the trade group is lobbying for in a bid to alleviate the impact the lower limit is having on trade.

The SLTA is also calling for VAT on soft drinks to be scrapped in the on-trade – a proposal put forward by the Inverness & Highlands division of the SLTA at the trade group’s AGM last month; it wants business rates cut and the limits for 100% business rates relief changed so more pubs qualify; and it is calling for a different penalty to apply to drivers between 50mg and 80mg than those over 80mg.

“I think the Scottish Government was premature in bringing in the lower limit when it couldn’t change the penalties,” added Waterson.

“We’ve got to lobby for Westminster to change the penalties or push for the Scottish Government to get the powers to change them.

“We need support for the on-trade. Things are not getting any better.

“I worry that costs will be cut in the on-trade, there will be less staff and standards will drop.”