The chancellor’s decision to cut beer duty by 1p a pint, implement a 2% cut in duty on cider, whisky and other spirits and a freeze on wine duty, may have been welcomed by drinks firms but will not make life easier for publicans, operators have claimed. 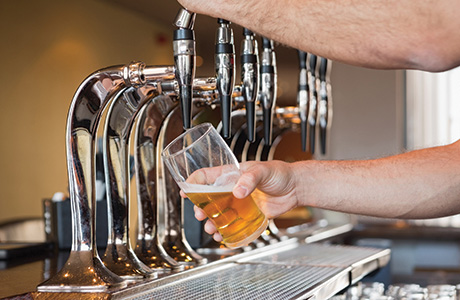 Ian Baillie, owner of the St Cyrus Village Inn in St. Cyrus, near Montrose, described the measures as “ineffectual”.

“It’s irritating because Joe Public hears it and thinks there’s a penny coming off a pint at his pub when it’s actually coming off at the brewery that makes the beer,” said Baillie.

Ian Gibson, of Platform 3 in Linlithgow, said the cut in duty is “absolutely useless”.

“Maybe it makes a big difference to the brewers but not to the punters,” said Gibson.

“Things like electricity, insurance, rates, these sort of things go up four to five percent a year so what’s a penny on a pint going to do?”

Glasgow publican Billy Gold of Hielan Jessie told SLTN that media coverage of the 1p cut on a pint of beer did not address the rise in beer duty that occurred under the now abandoned duty escalator, which he said has seen beer prices increase by over 40% since 2008.

However Gold said Osborne’s  alcohol duty cuts were a “step in the right direction”.

Other measures in the Budget included scrapping the annual tax return, freezing fuel duty, increasing the income tax personal allowance and a 20p increase in the minimum wage to £6.70 an hour, for those aged 21 and over, from October.

But Graham Guthrie, owner of The Golf Hotel, Crail, said although these measures may put more money in consumer’s pockets they are unlikely to up their spend in the trade.

On the minimum wage, Guthrie highlighted a discrepancy in income between some hospitality workers and other minimum wage staff and called into question the uniform application of the national minimum wage.

“I don’t see anyone discussing tips,” said Guthrie. “Hospitality people get tips, in the shops you get none.”

And Alan Hampton, of 10 Café Bar in Forfar, said he does not expect to see any savings at the fuel pumps passed on to publicans, suggesting delivery firms may “make a bit more margin” instead, which he said “no one would begrudge them” following the high fuel prices of recent years.