HOSPITALITY operators are reaping the rewards of a bumper ski season as Ski-Scotland claimed it was worth more than £14 million to the Highland economy to date.

The marketing body estimates that for every £1 spent on the hill a further £4 is spent in local businesses on food, drink and accommodation. Figures show the 142,856 ‘skier days’ recorded up to February 22 account for revenue of over £14 million; this is made up of £2.8 million spent at snowsports areas and £11.2 million in local businesses. 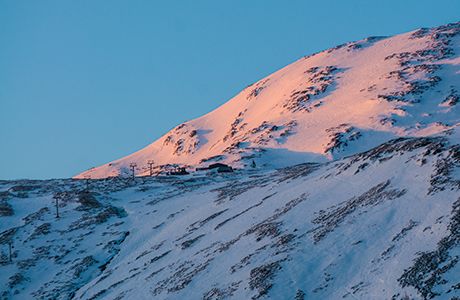 Hoteliers and bar owners told SLTN they have experienced a busy winter as slopes filled up at the Glencoe Mountain, Cairn Gorm Mountain, Nevis Range, The Lecht and Glenshee ski centres.

Christopher Wayne-Wills, chief executive of Macdonald Aviemore Resort, said the hotel had enjoyed “strong winter trading” and is “well ahead” of last year. “Restaurants and bars have all benefited from the increase in occupancy,” he said.

In Fort William, Neil Dennison, manager of the Grog & Gruel pub, said:  “This year is the best [school] mid-term we can remember in 15-20 years.”

“This year we’ve been quite lucky with the roads being clear. I think last year the travel was a bit more difficult.”

Noru Innes of the Loch Leven Hotel in Ballachulish said she gets a lot of last-minute business from Glencoe skiers.

“The pick–up is much later and very last minute,” she said. “We never really know what’s going to happen. People just look at the weather forecast before they set off.

“It just means they are booking later, it’s not like the summer where people book months in advance.”

Guy Daynes, director of the 23-room Clachaig Inn in Glencoe, told SLTN: “Trade has picked up recently, but we are always at the mercy of the weather.

“We get a lot of winter types, but you don’t know whether they are going skiing, snowboarding or climbing, so it’s difficult to put a figure on how many are skiers.

“The weather affects everything, it could be food and drink, dried goods or beer supplies that you need for the weekend. It takes three days for cask beers to settle before they are ready to sell. So it can mean not having beers ready for the weekend when a lot of customers come in.”

Some hoteliers in remote locations said they were considering laying on transport for customers to and from their venue. Others have introduced low alcohol drinks ranges to cater for those who want to relax after a day on the slopes.

Despite the challenges faced by weather and the drink drive legislation, operators say the ski season has had a positive impact on the trade.

Iain Miller, general manager of Hilton Coylumbridge in Aviemore, said the school holidays had been particularly busy. “During half term, the hotel was serving close to 600 breakfasts and 600 dinners each day,” he said.

“Occupancy has increased in January and February over the preceding year, which can definitely be attributed to the improved weather conditions in 2015 versus the very stormy weather in 2014.

“The snowsports conditions have not dictated our staffing levels as we are accustomed to receiving a high volume of winter guests who visit for a variety of activities.”

Heather Negus, chairwoman of Ski-Scotland, said figures from the five ski areas up until Sunday February 22 are “well ahead” of the same point last year.

“Not only are we showing a 12% increase on last year, we’re currently also half a percent ahead of 2012–13 which was one of the best seasons in recent years. That may not sound a lot, but that season brought us a lot of calm weather as well as good snow, with relatively few days lost to storm conditions.

“So we’re delighted to be marginally ahead given the number of storm days this season.” 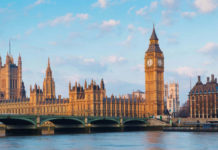 Glasgow and Edinburgh sales ‘vibrant’ but costs hold trade back