THE head of one of Scotland’s biggest wholesalers has called on the drinks industry and licensed trade to educate consumers on alcohol content in the wake of the new drink-drive limit.

Stephen Russell, managing director of Inverarity Morton, described the 50mg drink drive limit as “one of the biggest challenges” for the trade moving forward, and said the general public is not well enough informed of how long alcohol takes to leave their system. 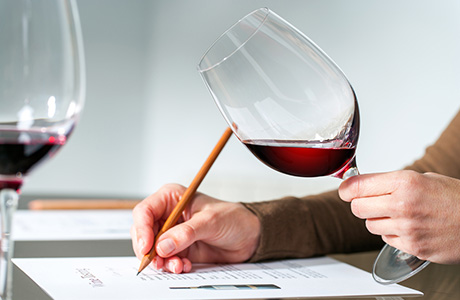 “What I think is the biggest problem here is the ignorance of the general alcohol-consuming public,” he said.

“People aren’t aware of how much or how little they can drink. I hear stories about people who are scared to have a glass of wine at night because they’re driving the next day and think it’ll still be in their system.

“The reality is a glass of wine will usually be two units of alcohol, and two hours later that should be gone.”

Russell said the trade has been affected since the introduction of the 50mg limit in December, echoing recent statements from brewer and pub company Greene King and buying group Beacon.

“I don’t know where the impetus should come from, but I do think that as a body, somewhere, we should perhaps try and educate [customers],” said Russell.

“People don’t know what a unit of alcohol is and how it’s calculated. The simple fact is it’s a formula. It’s the alcohol (ABV) times the content (volume).

“That’s an education. Here’s a simple formula – multiply that by that and that’s your unit of alcohol, and you need an hour for it to go through your system.

“If somehow we could find a way to get that across it would be good.”

Alcohol units were introduced in the late 1980s as a way of helping people track the amount of alcohol they consume. A unit represents 10ml of pure alcohol – the amount the average adult is said to be able to process in an hour.

SLTA chief executive Paul Waterson said that, while he takes issue with units as a measurement of alcohol due to people’s ability to process alcohol at different rates, he agreed with the need for more education.

“I think one thing we’ve certainly got to do – and we’re trying to formulate this at the moment – is to get all interested groups round the table to see what we can do,” said Waterson.

“We really need everybody to get together to try and mitigate this in some way. That may well be some sort of campaign on what you can and can’t do.

“We’ll just have to look at that. We [the SLTA] can put our tuppence-worth in, but it’s really about the industry – and I’m talking about everyone –  getting involved.”

• How has the drink drive limit impacted on your business? Take the SLTA survey at surveymonkey.com/r/ScottishonTrade (password 2015).

“Certainly if you think you might be over the limit you should not drive, but we do think it is important that people are aware of their alcohol units.

“Working with Drinkaware and others, we have spearheaded a customer unit awareness poster campaign in pubs.”