Eight finalists unveiled ahead of SECC showdown at ScotHot exhibition

EIGHT Scottish chefs have moved a step closer to being crowned Scottish Chef of the Year by reaching the competition’s  final. 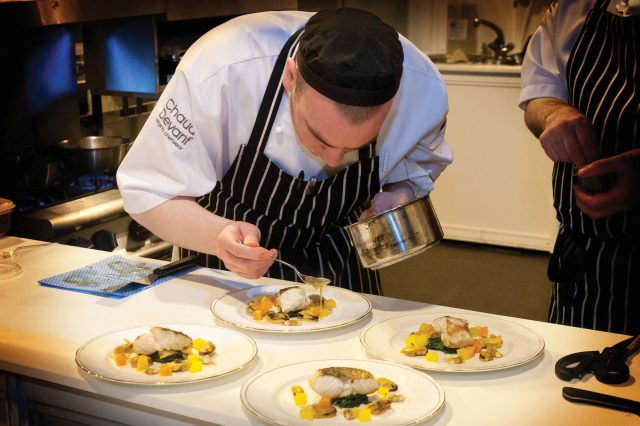 Finalists will be given three and a half hours to cook and present a four-course meal for four covers which will be assessed by culinary judges.

David Littlewood, Scottish Chef of the Year for 2013, said winning the biennial competition raised his profile and “has helped tremendously in terms of marketing and driving business”.

Soraya Gadelrab, event director at ScotHot, said the quality of this year’s finalists “truly reflects the levels within the catering and hospitality business in Scotland”.

“At ScotHot, we work with a huge range of industry representatives to showcase the very best standards in a bid to keep raising the game,” said Gadelrab.

“I know the finalists will put on a real spectacle for visitors to Scotland’s biggest trade event for the food, tourism, catering and hospitality industries.”

This year’s Scottish Chef of the Year final forms part of the 30th Scottish Culinary Championships, a programme of catering events and competitions taking place over two days at the ScotHot exhibition.

ScotHot will also host the live final of the UK Barista Championships as well as Liquid Academy Live, an interactive seminar for the drinks and bar industries run by LA Group.