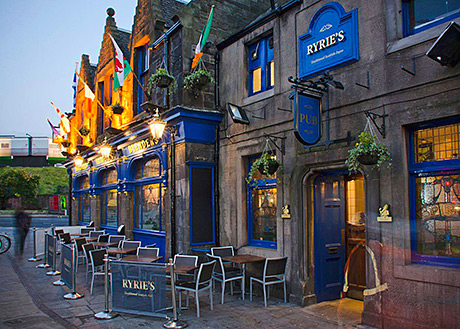 PUNCH Taverns has spent £500,000 refurbishing its Scottish pubs since last August, according to figures released by the pub company.

The investment forms part of a larger spending plan which has seen Punch invest £10 million in its UK estate since August as part of a pledge to spend £40m in this financial year, £2.32m of which will be spent in Scotland.
Scottish pubs to have received a cash boost recently include Ryrie’s bar in Edinburgh, which received a £200,000 investment in November, and Two Bridges in South Queensferry, which is currently undergoing a £400,000 refurbishment and is due to reopen in April.
David Rossiter, director of Ryrie’s bar operator D&D Taverns, said there has been an increase in business at the outlet since the investment.
“We have been well received by the local community and feedback has been very positive,” he said.
“The bar is much more welcoming now, has a very homely feel and we are seeing lots of old and new faces coming into Ryrie’s, which is great.”