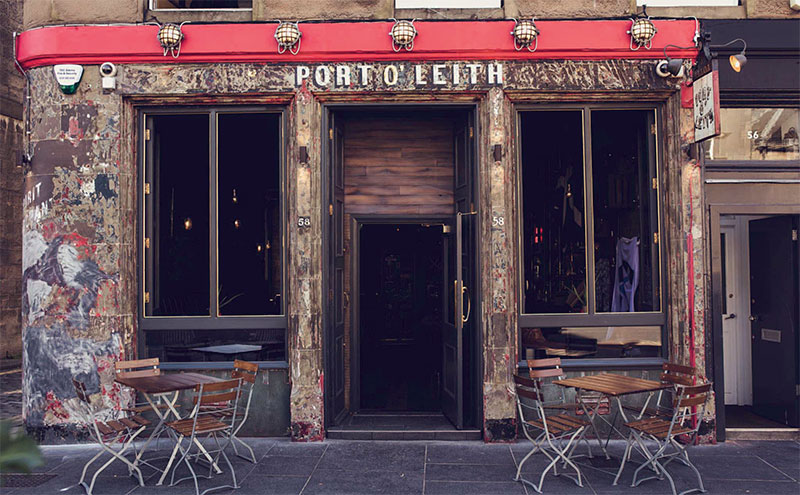 Taking on the lease of an iconic local pub can be challenging. If you change too little, it can be tough to build the business. Change too much and you risk alienating your existing customer base.

Craig Smith and dad Duncan faced just this challenge when they took on the lease of the Port O’ Leith pub in May.

Working with owner Punch the pair wanted to refresh the Port while staying true to what the venue has always been: a fun, community pub.

“It’s iconic, so you’ve got people coming from all over Edinburgh, and people coming to the Festival will definitely come back down to the Port.

A three and a half week refurb in May stripped the interior back to its original stone and brickwork, while a new scaffold-style gantry was installed behind the bar and new furniture added to the interior.

Outside, the venue’s windows were opened up and expanded while, behind the scenes, the pub’s wiring was completely overhauled.

On the drinks side, the new gantry has allowed the stocking of a wider range of premium and craft spirits while, on the beer side, the draught selection has been expanded to include a number of craft beers and cask ales as well as beers such as Amstel, Heineken and Innis & Gunn.

A broader selection of craft products fills the pub’s fridges.

Craig, who runs the pub, ensures the Port retains its atmosphere with music playing throughout the day, and live music planned for the future.

Duncan said the changes have gone down well with the local community, and attributes this, in part, to his son’s reputation in the town.

He said: “Craig lives locally. He’s lived in Leith for ten years and is well known in the area.

“That’s helped a lot with him going in (to the Port).

“I think it’s one of these community things – if someone had come in from outside and tried to change things there would have been resistance.

“But because people know him and are willing to give him a chance it’s worked very well.”

The locals were also impressed when legendary landlady Mary Moriarty, who ran the Port for 25 years before retiring several years ago, gave the new-look Port O’ Leith her approval on a recent visit.

“If it’s got the thumbs up from the Queen O’ Leith… it’s fine by us,” read a Facebook post about the pub.

Locals required to be versatile venues