Shilling Group acquires outlets in Edinburgh and the Borders 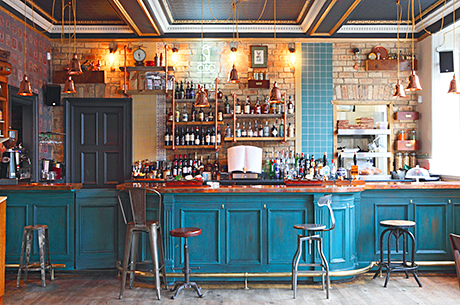 EDINBURGH-based bar operator The Shilling Group has bolstered its estate with a new bar in the capital and a hotel in the Borders.

The firm, which was founded by Michael McGuigan in 2003, has launched Cross & Corner in the former McLachlan’s bar in Edinburgh’s Canonmills and bought the Borders Hotel in the village of Kirk Yetholm.
Cross & Corner opened earlier this month following a six-week £100,000 revamp.
Designed by Edinburgh-based GLM, the interior is said to include elements from the Victorian era in a “contemporary context”; tile tabletops and flooring, vintage furniture and antique light fittings have been used alongside exposed brick walls and artwork to create a style described as “understated urban industrial chic”.
On drinks, Cross & Corner stocks a range of premium spirits and beers, including eight keg beers and an extensive list of bottled brews from producers like Kernel Brewery, Redchurch Brewery, Camden Brewery and La Chouffe.
The menu focuses on “simple yet quality home cooking” and spans snacks, sharing boards and pub dishes like fish and chips, rib-eye steak and homemade burgers, with brunch available at the weekends.
McGuigan said he sought inspiration from the group’s most recent launch – The Fountain, which opened on Edinburgh’s Dundee Street in May 2012 – for Cross & Corner.
“The area was crying out for a quality food-led bar, a place where people could meet in a relaxed environment, and The Fountain has answered that need,” he said.
“When we were scoping out the opportunity for the Cross & Corner, we identified a similar gap in the market.
“In the immediate vicinity, there’s nowhere that offers an individual and sophisticated pub experience and we’ve come up with a proposition that fills that gap.”
The Borders Hotel, meanwhile, was acquired by Shilling Group for an undisclosed sum in a deal brokered by Christie & Co.

Image – The Cross & Corner stocks a range of spirits and keg and bottled beers.