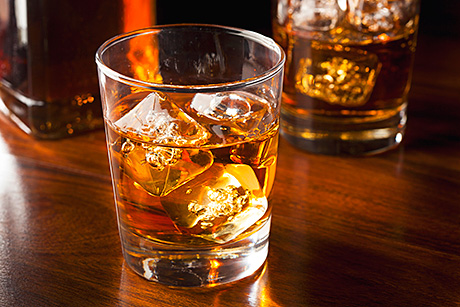 OPERATORS seeking to maximise sales of whisky would do well to stock a robust range of single malts.

That was the message from whisky firms contacted by SLTN last week, who said malt whiskies are driving growth in what remains a buoyant category.
Quoting figures from CGA Strategy, Pernod Ricard UK, whose Scotch brands include The Glenlivet and Chivas Regal, said malt whisky is outperforming the whisky category as a whole, with the value of malt sold in the UK on-trade up 18% in the year to March, compared to growth of 4.7% for the category as a whole.
Ian Peart, on-trade channel director for spirits at Pernod Ricard UK, cited a shift in consumer perceptions of Scotch as contributing to the growth.
“Where whisky once attracted a traditional, older male audience, a wider range of people are now interested in learning more about dark spirits in general, and more specifically whisky, and are willing to experiment with their drink choices,” he said.
“Consumers are really starting to appreciate its quality and diversity and the most surprising shift is how many women are now regularly enjoying dark spirits, particularly whisky.”
Peart’s views were echoed by Neil Boyd, UK commercial director at Ian Macleod Distillers, whose Scotch portfolio includes Tamdhu and Glengoyne.

The diversity within the category is one of the wonders of Scotch whisky.

And he reckons there are a number of ways operators can further increase whisky’s appeal amongst female consumers.
“The advice I would give to bartenders to encourage more women to try whisky in their premises would be to focus on the nuances and subtleties of taste and flavour profile,” he said.
“Focus on the premium end of the category for both malts and blends. This is the area that is growing.
“Feature special offers so consumers are more tempted to try new things and help to educate them about the rich variety of styles, provenance and availability of Scotland’s national product.”
Bartenders’ knowledge of the Scotch whisky category – and the diversity it offers – is also considered key when seeking to broaden the category’s appeal.
But, as John Bradbury at Whyte & Mackay explained, operators must ensure staff keep it simple.
“Whisky is quite a complex category with a lot of jargon that can take people a while to pick up,” he said.
“It’s important to be factual without being off-putting or over bearing.
“It is essential to have well-trained staff who can recommend whiskies to consumers, not just by region or price, but by flavour profile, strength and aroma and done in a way that is accessible to the drinker.”
The importance of well-trained, knowledgeable bar staff to whisky sales was underlined by Jonny Cornthwaite, brand manager for The Balvenie at distributor First Drinks.
By stocking – and understanding – a broad range of styles, he reckons operators can offer “something for every palate”.
“It is one of the wonders of Scotch whisky that from such a small country and with all distilleries using the same three ingredients, such a wide variety of whisky can be created,” said Cornthwaite.
The importance of stocking a broad range of whisky was reinforced by Jim Grierson of distributor Maxxium UK, whose portfolio includes The Macallan and Laphroaig.
“By stocking a well-balanced choice of whiskies, bars and restaurants can ensure the full flavour range is covered so that their customers can choose their favourite, whilst enticing the consumer to try a different expression,” he said.
The diversity within the Scotch whisky category was also highlighted by Jen Meenan, brand manager for Auchentoshan, who said the provenance of single malts is playing a key role in attracting a new generation of whisky drinkers.
“We see the emerging, discerning whisky drinking generation as the biggest growth opportunity for single malt Scotch whiskies,” she said.
“This new generation has a hunger for information about the heritage, ingredients and processes used to create the drinks in their drinks cabinet.”
David McGowan of Diageo, whose whisky brands include Johnnie Walker and single malts like Talisker and Lagavulin, said the category offers a “massive commercial opportunity”.
“Worldwide, Scotch is perceived as vibrant, aspirational and mixable, particularly amongst 25-35 year olds, and we intend to create that same vibrancy in Scotland,” he said.

Image – A shift in consumer perceptions of Scotch whisky is credited with driving the category’s growth.