Lamb’s British heritage at the centre of new marketing activity 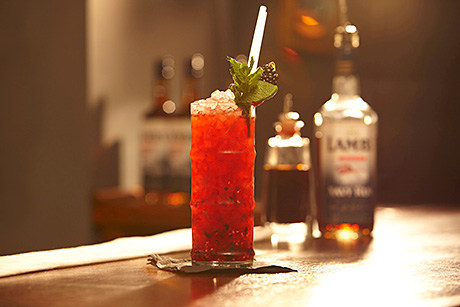 Brand owner Halewood International aims to reinforce the brand’s British heritage with the campaign as well as attract new customers.
Running throughout the summer, the ‘True British Character’ campaign partners Lamb’s Navy Rum with five ‘prominent Brits’ in marketing activity that is running on social media sites and in consumer titles such as FHM, Esquire, Stylist and Metro newspaper.

The campaign offers consumers the chance to rediscover an old British classic.

As part of the campaign, a revamped website, including interactive biographies of the five brand ambassadors and Lamb’s cocktail recipes, has been launched. Visitors to the website can follow a link to the Lamb’s Navy Rum YouTube channel for video demonstrations of the cocktail recipes.
James Wright, international sales and marketing controller for Lamb’s Navy Rum at Halewood International, said the campaign aims to “offer consumers the chance to rediscover an old British classic”.
“Lamb’s Navy Rum is a genuine and distinctive British brand, which has evolved continually since the 1940s,” said Wright.
“The campaign celebrates contemporary ‘True British Characters’, from the explorer to the designer, to attract a younger, fashion-conscious audience, as well as existing younger rum drinkers, to the brand.

We are taking the Lamb’s Navy brand back to its roots.

“In addition, we are taking the Lamb’s Navy brand back to its roots, emphasising the truly British nature of the product and its naval heritage.”