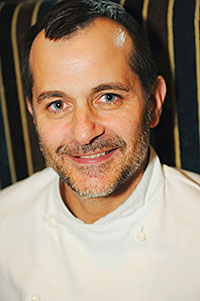 THE owner of Glasgow seafood restaurant Gamba has been forced to take lobster off the menu after the recent cold weather led to a shortage of the crustaceans and pushed the wholesale price up by more than 70%.

Derek Marshall, chef proprietor of the West George Street eatery, said the cost of Scottish lobster rocketed from around £14.50 per kilo to £25 a kilo earlier this month, before dropping to £20 a kilo last week. The price hike is said to be a result of the recent cold spell, which has prompted the lobster to ‘hibernate’ further out at sea, making them more difficult to catch.
Marshall said the reduced availability – and soaring wholesale cost of what has been available – forced him to remove lobster thermidor, which is one of Gamba’s signature dishes, from the menu.
“I couldn’t pass on such a huge price increase to my customers,” he told SLTN.
“Some customers think it’s a bit odd because we are a seafood restaurant and yet we don’t have any Scottish lobster on the menu but most of them have been understanding when we’ve explained why we don’t. 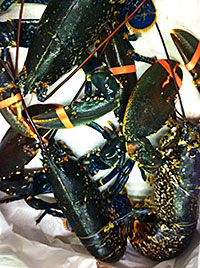 “We usually do a classic lobster thermidor, so I’ve tried to substitute it with halibut and crab thermidor and that’s been going well.
“Hopefully the weather will improve and we can get Scottish lobster back on the menu again soon.”
Andy Bell, owner of The Fish People, which supplies Gamba, said: “The water is abnormally cold for this time of year and our fishermen have been struggling to catch any lobster from their boats as the lobsters are hibernating and further out to sea.
“Derek has been a loyal customer for years and it’s not only affecting both our businesses but seafood businesses across the country.”

Image – Not shelling out: Derek Marshall has taken lobster off the menu at Gamba.