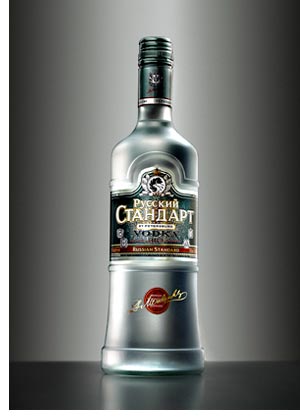 RUSSIAN Standard is to be distributed by Scotch whisky firm Whyte & Mackay, it was announced last week.

The deal will see Whyte & Mackay assume distribution duties for the vodka in the UK from the start of next year.
The new contract follows Russian Standard’s decision to end its previous alliance with First Drinks, which had distributed the brand for the past four years.
Jonathan Stordy, CEO at Russian Standard international, described the selection of a new distributor as “a thorough and rigorous selection process”.
“The distribution arrangement we have agreed with Whyte & Mackay offers us an exciting chance to manage our brand more closely in the UK market and we look forward to working alongside our new partners at Whyte & Mackay,” he said.
“We would like to thank First Drinks Brands for a very successful four years distributing our brand. It was a difficult decision to change distributors but the opportunity to take greater control of our route to market in the UK, in partnership with Whyte & Mackay, is extremely attractive.”
Meanwhile, First Drinks is looking for a new vodka to replace Russian Standard.
“As part of William Grant & Sons, First Drinks Brands is able to take a longer term perspective and changes to the portfolio are part of the fast moving and dynamic environment of the UK drinks industry,” it said in a statement.