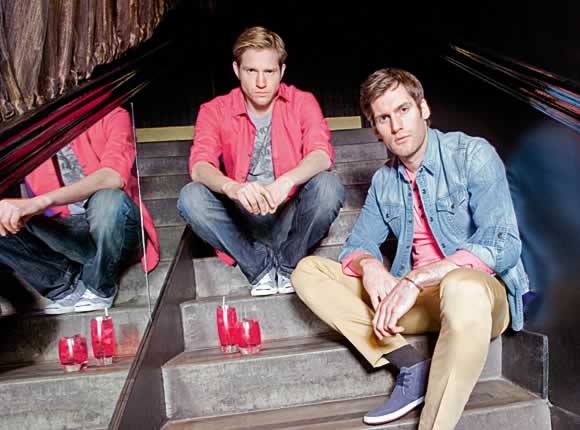 OPERATORS seeking to cater for the young adult market should ensure they have some lower ABV products on the gantry.

John Mills, managing director of InterContinental Brands, whose portfolio includes St Helier cider, VKat schnapps and herbal drink Messer Schmitt, said while younger consumers still tend to favour sweeter drinks, there has been a general shift towards drinks with a lower alcohol content.
Acknowledging that the burgeoning popularity of cider has had some influence on this trend, Mills said students and young adults are generally looking for lower ABVs across all drinks categories.

“Young adults are looking for something that’s easier to drink and a bit sweeter than medium,” he told SLTN last week.
“Whether it’s RTDs or flavoured cider, the pattern hasn’t really changed in terms of younger people’s taste buds – young people are still looking for something that’s sweet and easy to drink.
“But there’s an increasing awareness of responsibility; students and young people are more aware of their alcohol intake and aware that they need to get up for uni or work the next morning. They want to go out and have a good night so they’ll choose to drink a cider like St Helier, which is typically 4% or 5% ABV, or a shot of Messer Schmitt which is 22% ABV compared to spirits.
“All the growth is in lower ABV drinks – I think that’s great and, to me, that’s what the Scottish Government should be focusing on: increasing people’s awareness of ABVs and alcohol intake.
“Younger consumers are more responsible; they still want to have a good night out but they’re also aware that they need to get up in the morning so they’re choosing lower ABV drinks.”
It’s a pattern that Emma Heath, marketing controller at distributor Maxxium UK, recognises.
Sales of its 15% ABV Sourz range, which now spans six core variants: Apple, Cherry, Blackcurrant, Tropical, Pineapple and recently-launched Raspberry, are said to be in growth; and, according to Heath, much of that has been driven by the brand’s ability to be mixed.
“Sourz is known as a single-serve but we’re also talking to consumers and the trade about its usage,” she said. “Pitcher serves, for example, have been hugely successful. I think people are generally a lot more socially responsible. With Sourz you’ve got something at 15% ABV and you can then dilute it further by mixing it with lemonade.”
In its drive to highlight the versatility of the brand, Sourz is set to make its national TV advertising debut on July 18 with a campaign that will run for nine weeks. The brand also aims to ramp up its activity on Twitter and Facebook, which Heath said enables it to communicate directly with its target market of young adults.
“It’s working both ways and our target consumers are really starting to engage with us on Facebook,” she added.
Social media is also playing a key role in the marketing strategy for Red Stag – the recently-launched black cherry-flavoured bourbon from Jim Beam.
Described as a “different breed of bourbon”, Red Stag is designed to appeal to 18 to 24 year old males.
Eileen Livingston, marketing controller for the brand at Maxxium UK, said the flavoured bourbon will “redefine the category”.
“Young adults are keen to expand their drinks repertoire and Red Stag will fit in easily to this as the brand’s clever sense of fun helps differentiate it from others,” she said. “Perfect on its own or mixed with cola, Red Stag is a versatile drink designed to raise appeal and accessibility to non-bourbon drinkers, bringing new consumers into both the Jim Beam brand and the bourbon category as a whole.”

The firm behind fruit puree and cocktail mixers brand Funkin agrees that young adults’ thirst for mixed drinks and cocktails shows little signs of waning.
“Cocktails made with Funkin mixers appeal to young adults because they are visually pleasing and promote cocktail envy amongst other drinkers,” said Funkin chief executive Andrew King. “This encourages consumers to trade-up their drinks choice, helping to increase and drive sales.”