Trade communications manager Tom Smith told SLTN the volume of Red Bull sold in the UK’s bars and clubs is up 5.5% in the last year, while the energy drinks category as a whole has seen volumes increase 1.9% in the on-trade.
Smith described Red Bull’s performance in the last 12 months as “very strong. When you consider that the size of the market is shrinking due to tough economic conditions and outlet closures, it’s testament to any category or brand that is showing growth,” he said.
Smith’s comments came in response to figures quoted in the annual Britvic Soft Drinks Report, which showed energy drinks volumes fell 9.9% in the on-trade in the year to October 2010.

Both Britvic and Red Bull quoted CGA figures, with Britvic using sales stats for the 12 months to October 2010 and Red Bull quoting figures for the year to May 2011. Smith said the category’s current growth is driven by the managed pub sector, where Red Bull is said to be performing particularly well.
“We know that consumer confidence is returning and as economic conditions improve, consumers say they are willing to both go out more and spend a bit more, which is good news for pubs and bars,” he said.
Red Bull aims to build on its performance through a series of events and activities, coupled with television advertising and the brand’s presence in Formula 1. “If people have the brand top of mind through F1 or any other marketing activity, it can only be a good thing when going into an outlet,” added Smith.
When it comes to boosting sales in the on-trade, Smith advised operators to adopt a simple approach. “In terms of making a success of the category, it’s about getting the basics right,” he explained. “A full can serve will have a big impact on sales, not just to drive volume but to increase rate of sale due to other consumers in an outlet seeing the can, acting as a trigger to purchase.
“Good visibility remains key to driving sales so position energy drinks in the top shelf of the fridge or go for a branded cooler to maximise visibility.”
Red Bull remains the largest energy drinks brand in both the on and off-trades, according to the Britvic Soft Drinks Report, but the figures show rival brand Monster also delivered a strong performance last year. 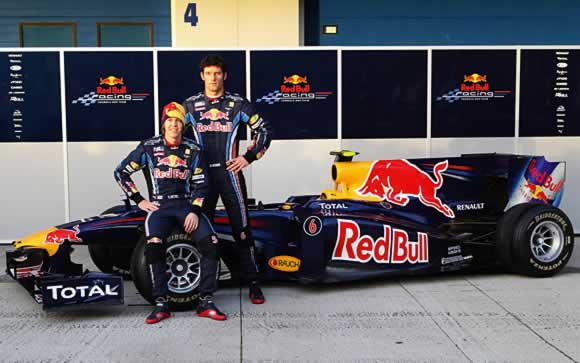 Red Bull’s involvement in the lucrative world of F1 is central to its marketing efforts. The brand’s latest data indicates the category is still in growth.

According to off-trade Nielsen figures quoted in the report, sales of Monster, which has been distributed in the UK by Coca-Cola Enterprises since 2009, jumped 239% in 2010 to a value of £24 million. Across the off-trade as a whole the glucose/stimulant drink category grew volume and value by 19% last year, according to the Britvic report.