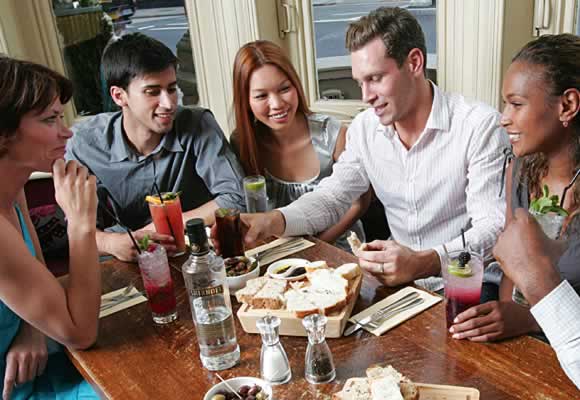 SCOTLAND’S biggest selling spirit has bounced back after a testing trading period in late 2010, the UK boss of its owner has told SLTN.
Sales of Smirnoff 21 (Red) fell in the second half of last year as consumption patterns continued to shift from the on-trade to take-home and price-conscious consumers bought on offer in supermarkets.
The 16% fall in sales, in the six months to December 31, is also said to have reflected a move by operators to buy up stock towards the end of its previous financial year, which ended last summer, ahead of a mooted duty rise in June.
But the vodka category’s dominant player is already said to have made up the lost ground in the early months of 2011. In an interview with SLTN late last month, the boss of Diageo GB, Simon Litherland, said he was pleased with how the brand has recovered, though he insisted reports of Smirnoff’s sales demise had been exaggerated.
“Smirnoff lost 1% share year-on-year,” commented Litherland on Diageo’s performance in the six months to December 31. “It has a very high value share [of the UK vodka market] – 51% – which was down one percentage point year on year.
“But the net sales decline was primarily driven by the duty buying and stock building at the end of the [previous financial] year. If you take the financial year out, and just look at the market share perspective, Smirnoff is still doing very well. In fact, over the Christmas, January and February period, we actually regained our position on Smirnoff, which is fantastic.”
One cause for optimism for Diageo on the vodka front is the performance of Smirnoff Flavours, recently the subject of fresh marketing support in the shape of outdoor ads and consumer sampling events.
The key aim of the activity, which Diageo said would reach as many as 200 outlets in Glasgow, Edinburgh and Aberdeen, was to highlight the ‘perfect long mixed serve’ using the Flavours range, including preparation methods, for each flavour to staff and consumers.
Litherland said the range, which now comprises Lime, Green Apple and Blueberry flavours, will continue to be at the forefront of Diageo’s innovation agenda, alongside projects like Guinness Surger and Baileys Hazelnut.

“We’re very excited about Smirnoff Flavours, which are doing really well,” he told SLTN. “In fact, Smirnoff Flavours themselves have taken a two percentage share of total vodka, which is great.”
Diageo’s good cheer on vodka isn’t just down to Smirnoff, though. Ketel One (pictured right), the ultra premium brand produced in the Netherlands, is an integral component of the firm’s Reserve Brands division.
Litherland said Diageo’s ‘super-premium’ brands were benefiting from a wider consumer trend of people visiting bars less often but spending more with each visit.
It’s a pattern credited with helping Reserve Brands record growth in excess of 35% year on year. Diageo said drinkers appear to be increasingly willing to ‘trade up’ on spirits.
“We’ve seen premiumisation of the [spirits] category in the States over the years,” Litherland said.
“It’s a natural phenomenon – people want to trade up and will continue to do so. At the moment people see it [premium spirits] as an accessible indulgence, if you like, an every day treat when the general environment is a little bit gloomy.
“I do think it’s a trend that will continue – there’s a lot of global evidence that it will be the case – and it’s certainly an opportunity we are fully backing in our business in GB.”