LISTENING to Ian Bloomfield speak so passionately about living and working in Crieff, you’d be forgiven for thinking he’s been part of the fabric of the Perthshire town – and worked in hospitality – all his life.

In fact, it’s just eight years since Ian, who was named SLTN Licensee of the Year for 2021 in association with Kopparberg, moved back to the UK after a decade living in Sweden and, with no hospitality experience, took over The Meadow Inn pub in Crieff.

In that time, Ian, whose background is in PR and marketing, and partner John have breathed new life into the pub, positioning it at the heart of the community with an offer spanning quality food and drink, first rate customer service, and a diverse programme of entertainment and events.

It’s all the more remarkable considering Crieff wasn’t even on Ian and John’s radar in the first place.

Seeking to relocate back to the UK, the pair decided a return to London and city living wasn’t an option.

They found a hotel in the Borders to buy, put their property in Sweden on the market, and were just two days away from signing a rental agreement for a house near the business when the hotel deal fell through.

“We didn’t know what to do,” Ian recalled.

“Then our solicitor Jacqueline [Jacqueline Ireland at Macgregor Thomson Solicitors in Stirling] said ‘Well there’s this place in a town called Crieff that’s just come in’.

“It was owned by Challenger Inns, and they were looking for tenants.

“We came and viewed it first and then we walked up in to town and chatted to a few people in one of the coffee shops on the high street just to get a feel for the place. We didn’t say why we were there, we just asked about the pub and everybody that we spoke to said how it used to be so amazing, and we got stories like ‘we had our wedding reception there’… everyone had a different story but everyone spoke so fondly of the building.

“We thought ‘if we can capture just a little bit again of what these people remember then surely we’re on to a winner’. We phoned Jacqueline ten minutes after that coffee.
“Two weeks later and we were here. It was fast.”

The pair were just as quick when it came to immersing themselves in the local community and putting their own stamp on the Burrell Street business, after taking it over in late October 2014.

Refurbishment work brought a fresh new look to the almost 200 year old inn, while nods to its heritage – such as the bar top made from a parquet dancefloor from the pub’s former function room in the 1960s and 1970s – were retained.

A food offer was put in place for the first week of that December, ready for their first festive trading period. And live entertainment was also introduced.

“It was really important that we got it up and running,” said Ian.

“We opened with a really good price point and a two-course menu offering for December to try and capture that trade. And at that point we introduced live music. We chose to go down the route of musicians and singers; it’s proper live music.

“It was a good launchpad for us. It meant we could introduce the quality of the food, the standard of the food and our delivery of service – the standards that we were implementing.”
It proved to be a winning launch strategy, providing a strong foundation from which Ian and John have continued to build the business.

Live music remains a weekly or fortnightly feature; a pub quiz, which was introduced not long after they took over the pub, is still a fortnightly fixture, attracting around 80 people on a Wednesday night; and there’s regular charity fundraising quizzes and events like drag bingo, comedy clubs and tribute nights. The Meadow Inn also supports a number of local events, including the annual Kids Week in Crieff; and the pub is used by a range of local groups and organisations for meetings.

The food offer has evolved too, with the pub – which can seat around 60 across the bar and dining area and also has separate seating areas with sofas as well as a beer garden – averaging 160-180 covers on a Saturday during the summer months. The Meadow Inn also ran a successful takeaway service during the lockdowns and has retained a small takeaway operation.

Of course, the business has been faced with many of the other industry-wide challenges – rising operating costs, increases in the likes of National Insurance contributions, and the impact of the rising cost of living on consumer spending to name a few.

But Ian is confident he and the ten-strong team at The Meadow Inn can navigate the challenges.

“We’ve had to increase prices like everybody else but thankfully it hasn’t caused us any problems,” said Ian.

“Customers are well aware that the cost of everything is going up at the moment. And the news is reflecting the pressures businesses are facing so it’s making customers aware that the price increases are unavoidable.

“Personally, I think as long as you’ve got confidence in the products you’re delivering and it’s backed up by great service I think people will appreciate what it’s worth.

“Our team is brilliant.

“We are very fortunate that we’ve got a great team and a long-serving, established team.

We don’t have a manager, they’ve all got management responsibilities and we all work together. It works for us. 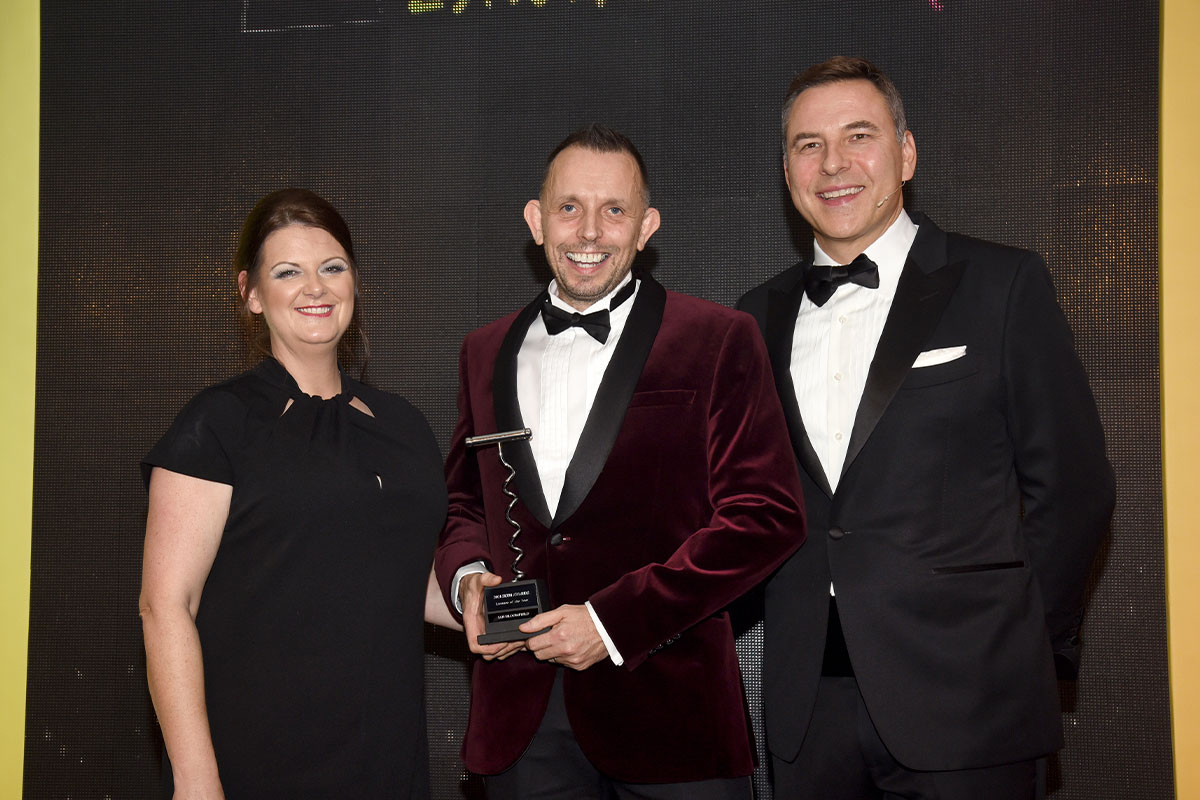 “One of the best parts of the job is that you don’t know who you’re going to chat to next.”
Ian’s passion for delivering great hospitality was a key factor in him being named SLTN Licensee of the Year for 2021 – an accolade he said he was “so chuffed” but “very shocked” to receive.

“I really didn’t expect it at all,” he said.

“The positivity in that room on the night was something I won’t forget, it was just superb. I can’t thank SLTN enough.

“It was an honour and a privilege, especially after the last year we’d all had, just to have that recognition because we have worked so hard within our local community.”

It’s a community that Ian and John continue to strengthen their roots in.

Work is underway to transform the five former letting rooms on the first floor of the Meadow Inn into four self-contained rental apartments; and they are in the process of buying the freehold of The Quaich on Crieff High Street – a cafe bar they have leased for the past five years (they acquired the freehold of The Meadow Inn six years ago). They are also actively seeking to expand their portfolio.

“We just love it here; it’s a really, really friendly town with amazing people,” said Ian.
“We feel privileged to be here because of the people that we’ve met, that we’ve been lucky enough to meet. We’ve got lifelong friends here; we’re very fortunate.

“Fate did play us a really good hand.”