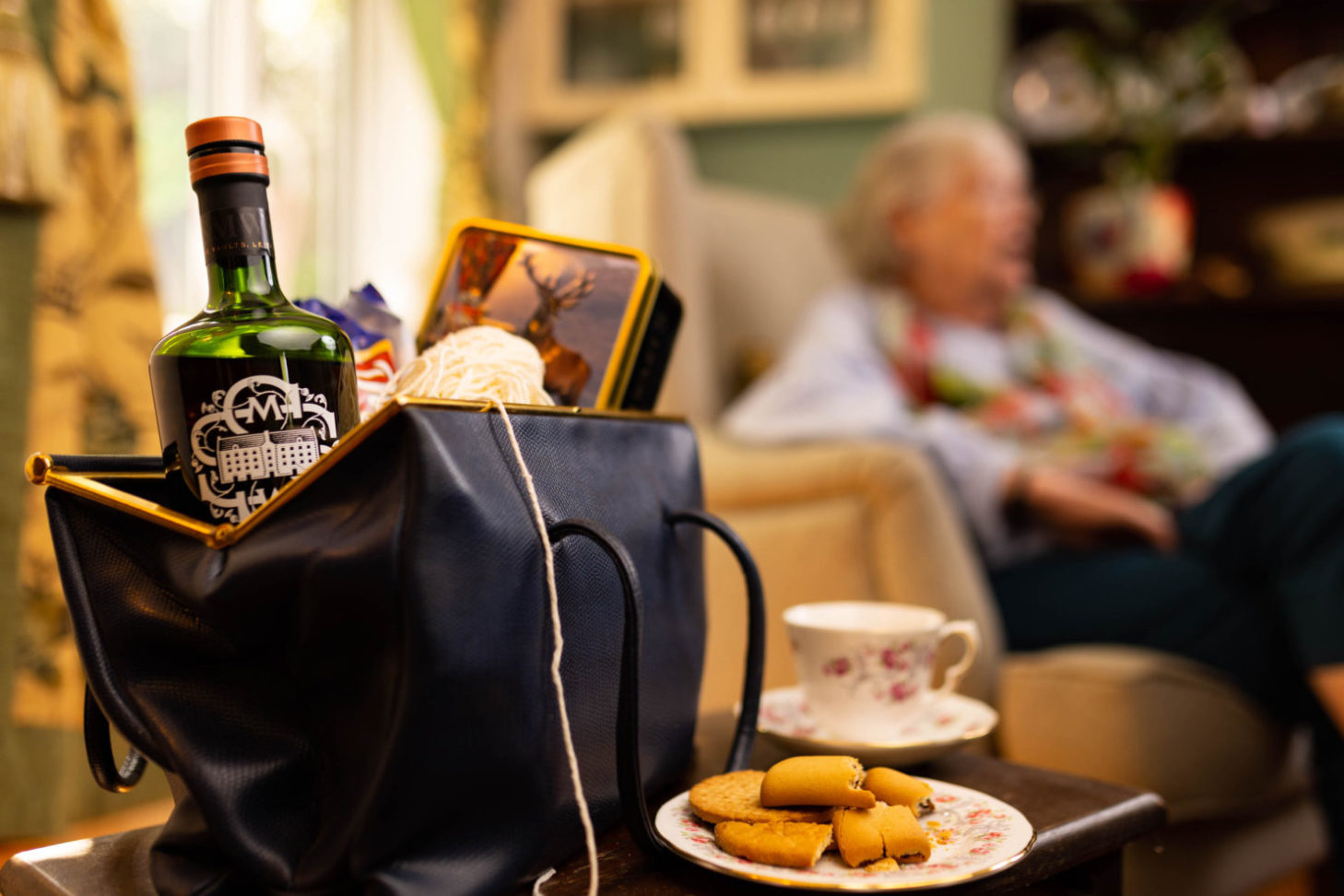 IT’S all about evoking memories at the Scotch Malt Whisky Society (SMWS) as the organisation releases a new series of boxes pairing its whiskies with specially-designed canapes.

The ‘memory boxes’ were created in conjunction with experts including psychologist Dr Ansgar Endress and chef Bruce Clyne-Watson and contain samples of the six small-batch bottlings the society is releasing in May, along with canapes designed to evoke particular settings and situations when enjoyed alongside them.

Examples include the ‘Watching the Harbour Boats’ box, which pairs a peated whisky with smoky langoustine sprayed with sea water, served on pebbles alongside a deep-friend Mars Bar with Irn-Bru and tobacco essence.

Another box, ‘Nan’s House of Tea’, pairs one of the whiskies with haggis-spiced lamb breast with caramelised pineapple, malt loaf and toasted oats.

The boxes will be available at the National Whisky Festival in Glasgow on 7th May and the London Whisky Weekender on 14th May as well as in the Malt Whisky Society’s venues.

“At the society we believe flavour is more than what’s in your glass,” said Helen Stewart, head of membership at the SMWS.

“May is whisky month and is the perfect time to show the world what the society is all about.”

Clyne-Watson described the project as “unconventional and exciting”.

“Memory really does affect the way we experience flavour,” he said.

“Sampling the produce for this campaign genuinely evoked memories of my childhood, like going to my Nan’s house for tea as a wee lad; reminiscing over those warming, joyous memories.

“I can’t wait to see this campaign come to life in May and witness each guest’s whisky eureka moment.”