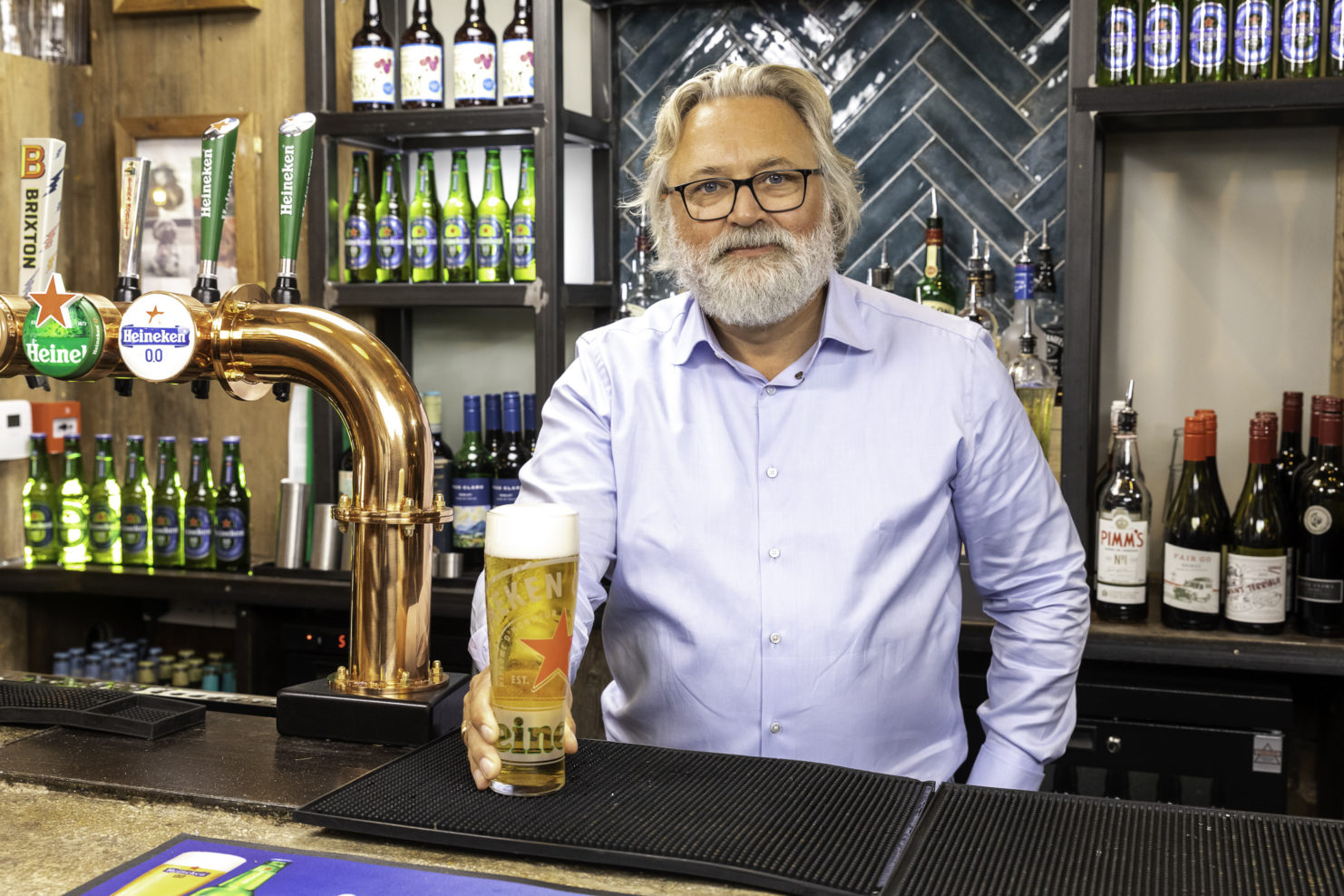 HEINEKEN is introducing its alcohol-free lager, Heineken 0.0, in draught format.

The new draught version of the beer will be rolled out across the UK in the coming months and the brewer has predicted that, by 2025, there will be as many Heineken 0.0 taps in the on-trade as regular Heineken taps. The introduction follows a 12-week trial in pubs in England.

The brewer claims that it has developed the beer so that it can be poured through a pub’s existing cellar setup, without the risk of adding alcohol to the liquid.

“Once again we’re leading the way when it comes to innovating and moving the beer category forward. Without a doubt, the best way to enjoy a beer is a freshly poured pint in a pub and Heineken 0.0 draught is going to play a big part in changing the way people drink.

“For me and my team, one of the primary areas of focus, as always, is taste. The draught beer tastes great – it’s the distinctive famous Heineken flavour – and it has all the sensory aspects beer drinkers look for – a mouth-watering aroma, bright white head and lively carbonation.”

Heineken UK corporate affairs director, James Crampton, said the company is aiming to bring alcohol-free beer “from the periphery into the mainstream”.

“And by that, I mean it won’t be unusual for people to pop down to their local for an alcohol-free pint or two. That might sound strange now, but we’re confident in the very near future it’ll become the norm.”