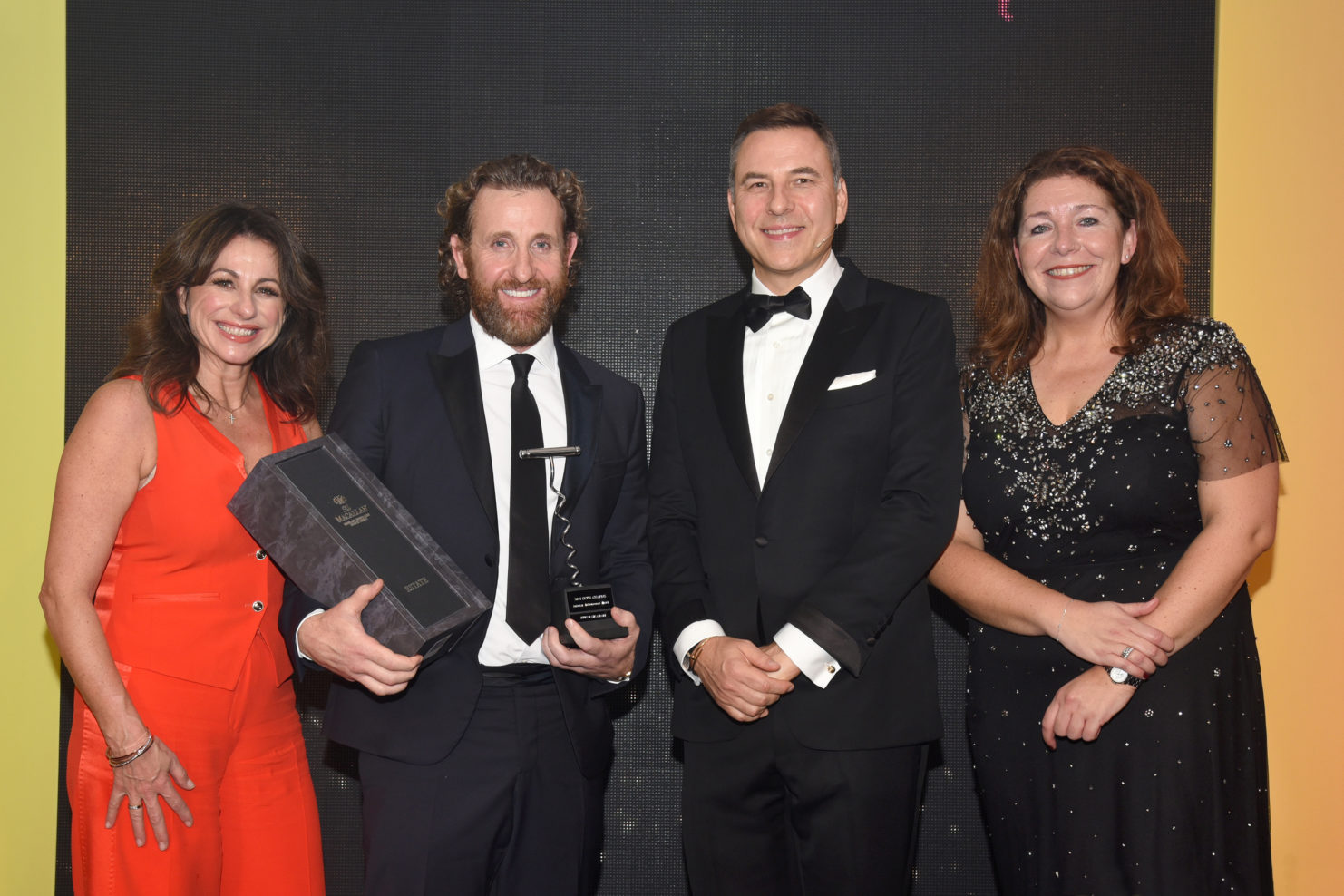 THE founder of one of Scotland’s most dynamic hospitality groups took the top accolade at the 25th SLTN Awards.

Steve Graham, founder of Manorview Group, was presented with the SLTN Award for Industry Achievement, in association with Edrington UK, at the SLTN Awards on 18th November, which was hosted by top comedian David Walliams.

Steve founded Manorview – the company behind venues including Boclair House Hotel, Cornhill Castle and The Commercial Hotel – in 2006. He and his team went on to build the business, which now spans 15 venues, including eight hotels.

Quality food, drinks and customer service are at the heart of the business, as is a commitment to staff training and development. But it was the way Steve and his team rose to the challenges of the pandemic that really set the company apart in the past year.

After taking the decision to close all venues ahead of the first official lockdown and continuing to pay its staff, Manorview’s hotels were then partially reopened to provide free accommodation for NHS frontline workers.

And the company’s founder was determined the company would emerge from the pandemic stronger. He pressed ahead with investment across the estate, completed a major refurbishment of one of the properties and gained Real Living Wage accreditation for the company.

An audience of 650 gathered at the Glasgow Hilton for the 25th SLTN Awards, where coveted corkscrew trophies were presented to pubs, restaurants, staff and operators from across Scotland.

Winners hailed from across the country, from Skye to St Andrews, Inverness to Inveraray.

Steve Graham wasn’t the only individual honoured on the night.

Stefano Pieraccini, owner of The Rocca Group – the business behind Seafood Ristorante in St Andrews and The Broughton and Rico’s in Edinburgh – was named Entrepreneur of the Year; Kat Stanley-Whyte of Uno Mas in Edinburgh was named Mixologist of the Year; Breagha Wolfgang of Dundee cocktail bar Draffens took the title of Barperson of the Year; Ian Bloomfield of The Meadow Inn in Crieff was named Licensee of the Year; and Graham Chalmers of the Radisson RED in Glasgow took the Hospitality Hero Award for his charitable endeavours throughout the pandemic.

SLTN editor Gillian McKenzie said: “The SLTN Awards is all about celebrating the very best of Scotland’s hospitality industry – and that was more important than ever this year, in what continues to be an incredibly tough time for hospitality businesses.

“Huge congratulations to all of our SLTN Award winners and highly commended finalists. Now, more than ever, they deserve enormous credit for maintaining the high standards our hospitality industry is known for.”