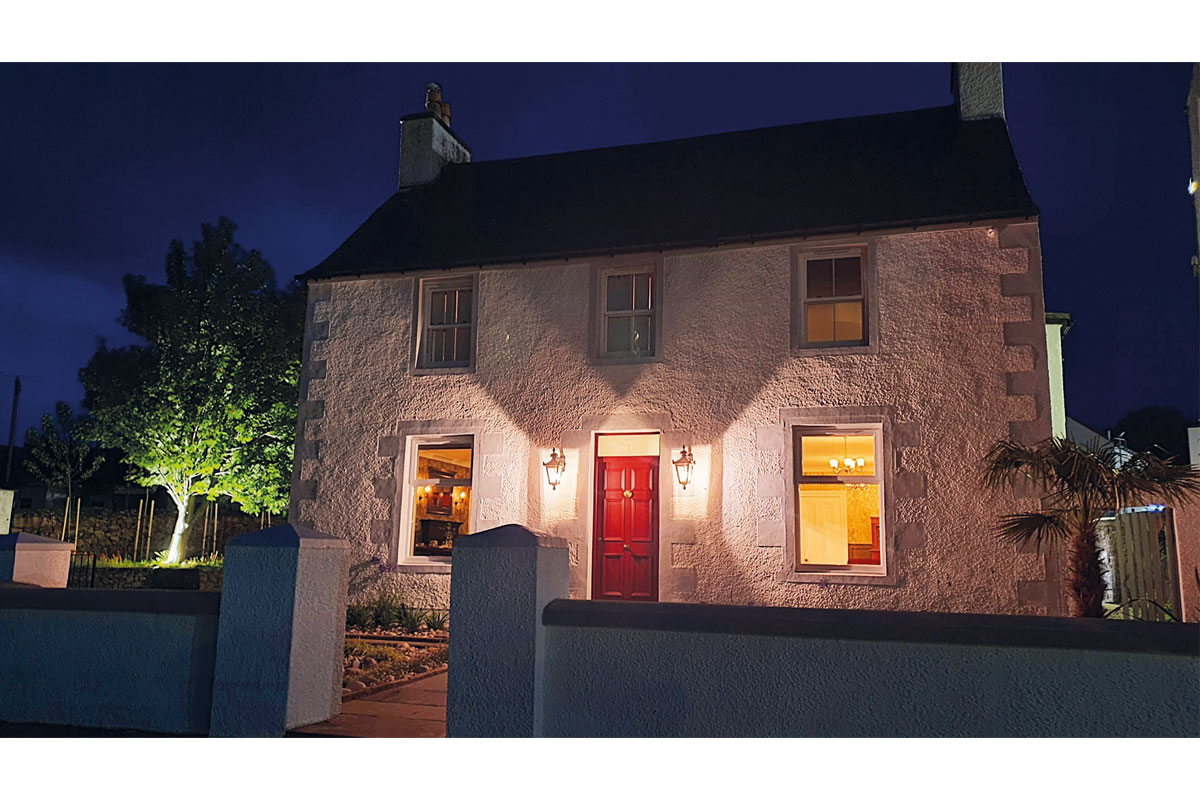 A NEW restaurant with rooms on the shores of Loch Broom in Ullapool has been opened by the owners of the Highland Liquor Company and Seven Crofts Gin.

Helen Chalmers and Robert Hicks launched The Dipping Lugger, which takes its name from a sailing vessel which uses a lug sail, in a former manse following a major restoration and refurbishment project backed by grant support from Highlands & Islands Enterprise.

The property, which dates from 1789 and which was partly rebuilt by Thomas Telford in 1829, comprises three en suite bedrooms, an 18-cover restaurant with tasting room, and an honesty bar. Interiors were designed by Eve Cullen-Cornes, whose previous projects include Tom Kerridge’s The Hand & Flowers.

Helen and Robert, whose hospitality career includes stints at Gleneagles and London’s Four Seasons, have recruited a team which includes head chef David Smith, formerly of the Boath House in Nairn; and general manager Calum Robertson who has worked at The Ubiquitous Chip in Glasgow and the Killiecrankie Hotel.