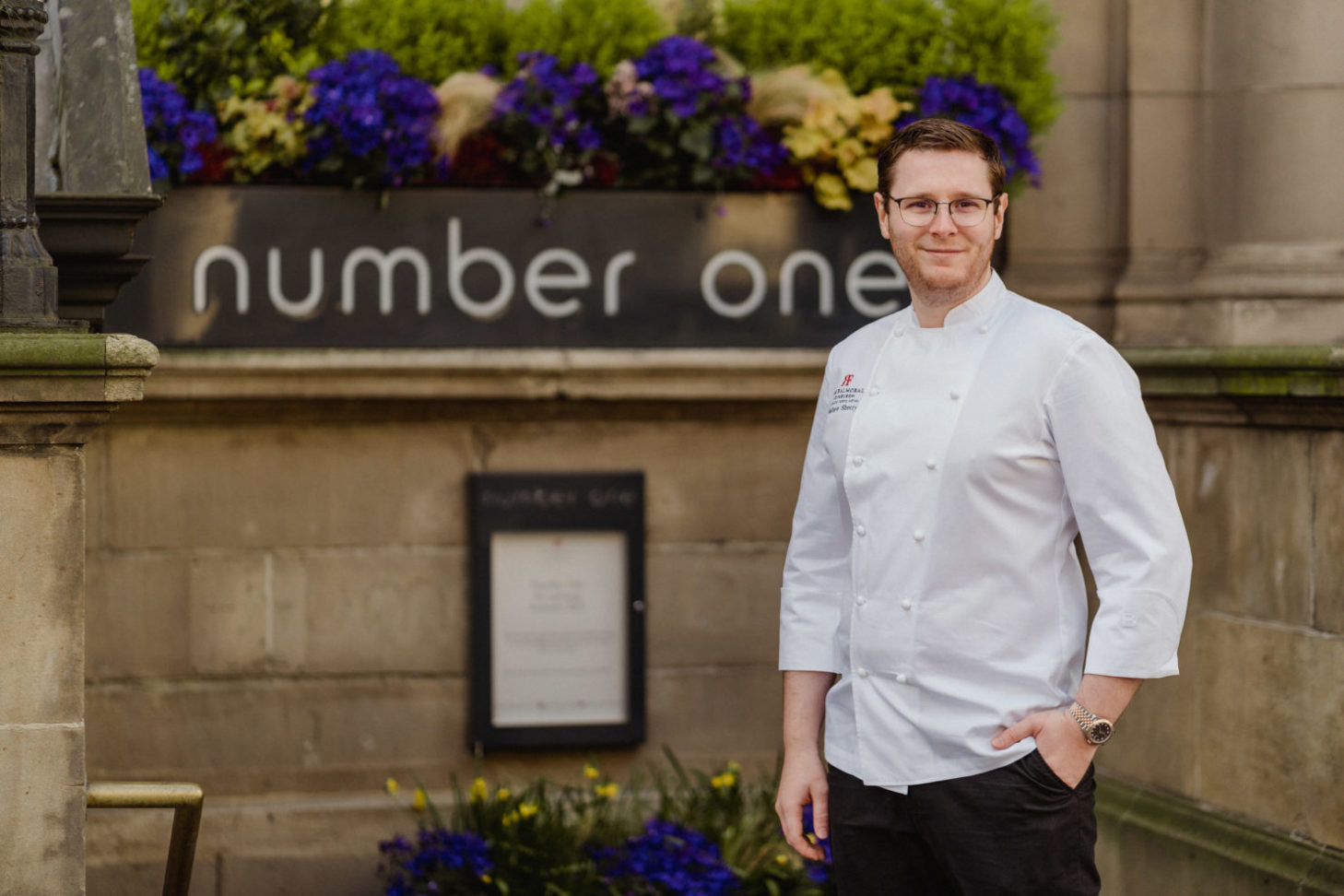 MATHEW Sherry has been named as the new head chef at The Balmoral’s Michelin-starred restaurant, Number One.

Originally from Edinburgh, Sherry has returned to the city from Lancashire, where he was head chef of another Michelin-starred venue, Northcote. Prior to that he spent seven years at Castle Terrace in Edinburgh.

At Number One, he has developed a new three-course menu and a seven-course seasonal menu.

Sherry said he is “honoured to return to my home city to head up the kitchen at such an iconic restaurant and work with the many seasoned professionals already here at The Balmoral”.

“The detail on each dish has been carefully designed, from sourcing seasonal ingredients to the way they are displayed and plated, everything has been thoughtfully considered,” said Sherry.

“I am thoroughly enjoying working closely with restaurant manager, Emma Lonie and her established front of house team. We will ensure that we continue to deliver a truly special experience for every guest.”

Gary Robinson, executive chef at The Balmoral, said Sherry’s “flair and classical training, coupled with his passion for incredible Scottish produce, makes for an exciting chapter ahead for Number One”.