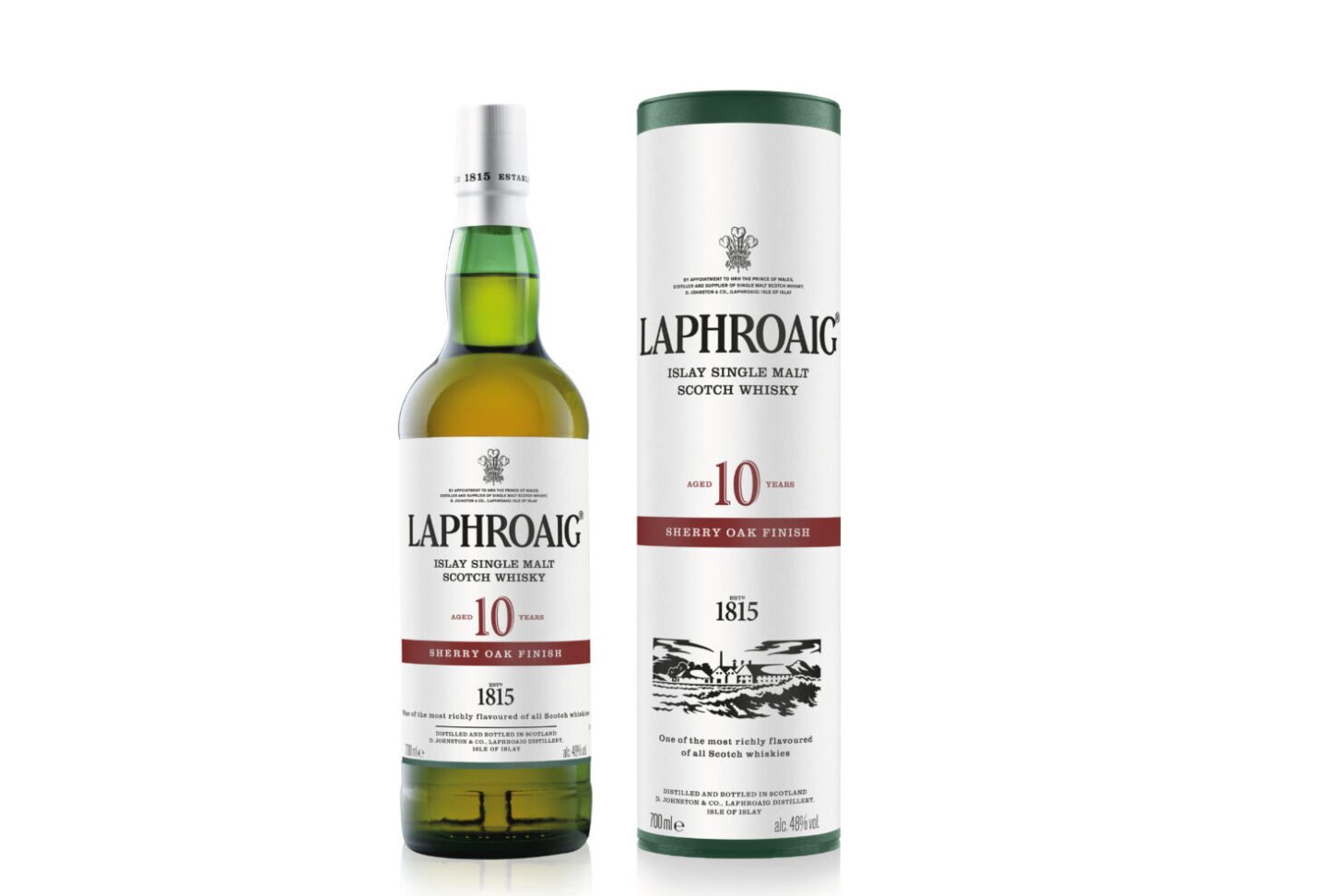 BEAM Suntory has expanded the core range of its Laphroaig single malt with the addition of Laphroaig ten years old Sherry Oak.

The new bottling, available from 12th April, is a different take on the distillery’s flagship ten year old single malt, which includes spirit that has been matured in ex-bourbon casks before being finished for over a year in Oloroso sherry casks.

Bottled at 48% ABV, the whisky is described as having notes of honey, bacon and maple syrup as well as the single malt’s trademark smoke and seaweed, with “sweet and aromatic” flavours on the palate and a long, sweet and spicy finish.

“We are so excited to announce the release of our unique and premium expression, Sherry Oak, taking our iconic Laphroaig ten year old and finishing it with the sweet flavours of Oloroso sherry cask,” said distillery manager John Campbell.

“This is a perfect accompaniment to any whisky collection and a celebrated addition to the Laphroaig range.”