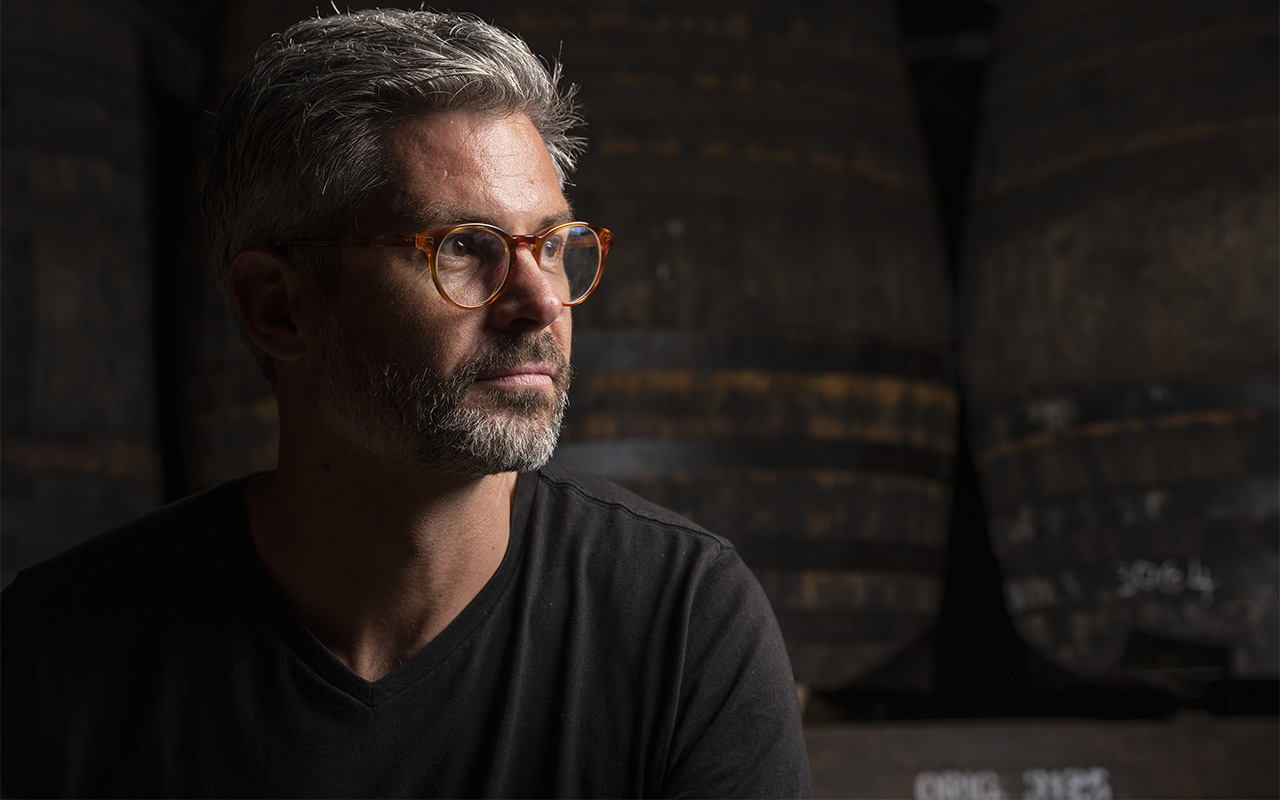 Limited places are available for this exclusive event so sign up now to receive your tasting kit: https://sltn.tempurl.host/william-grant-and-sons-trade-tasting/

Ahead of the tasting, SLTN caught up with Mark to find out what he has in store for the virtual event, and for some chat on all things whisky and Glenfiddich.

Which drams have you chosen for the SLTN Trade Tasting and why?

– Glenfiddich IPA and WEST Brewery beer – I’ve always said our IPA experiment made for a great half and half, but I took it one step further and, with the help of nine whisky bars from Scotland and WEST Brewery, we created the idea partnership. This limited release ale shows off the whisky to great effect and offers a completely different drinking experience.

– Glenfiddich Fire & Cane – another part of our Experimental Series, this time with a bit of smoke. Peated Glenfiddich isn’t a style many are familiar with, so whenever I get the chance to talk people through this sweet and smoky expression, I jump at it.

– Glenfiddich 21 Gran Reserva – not an experiment, but a classic house style with a soft rum finish. This whisky has been around since 2000 and has a great back story.

All the whiskies chosen have a ‘finish’ for various reasons and during the event I’ll get into their creation and inspiration behind each one.

What can bartenders expect from the virtual tasting?

Hopefully a bit of fun along with an insight into how our whiskies are created, the history of the family, and the inspiration behind our brand – with no doubt an appearance from either my dog, my cat or both.

How do you think whisky will perform in Scotland’s pubs and bars going forward? What trends do you expect to see?

Whisky will always be a strong category for the on-trade here. It is part and parcel of our heritage and character, I think. Sure, trends in the category come and go, but there will always be a love for a straightforward dram with friends or a quiet half ‘n’ half on the way home from work.

The days of over-complicated cocktails I think are fading (thankfully) and I see more and more recipes coming forward which focus on the flavour complexities of the whisky rather than layering so much into a drink that it overpowers the very base spirit that your trying to enjoy. That’s more to do with the skill of the bartenders now – they really do understand the drink better than ever and are able to draw inspiration from this. Consumers are also becoming more savvy about their choice of drink – never before has there been so much access to information for the consumer and those with even a mild interest in cocktails, whisky or similar are seeking enhanced enjoyment by raising their own level of knowledge around a drink category. That’s creating a better balance over the bar, and venues are creating serves which reflect that. All for the better. 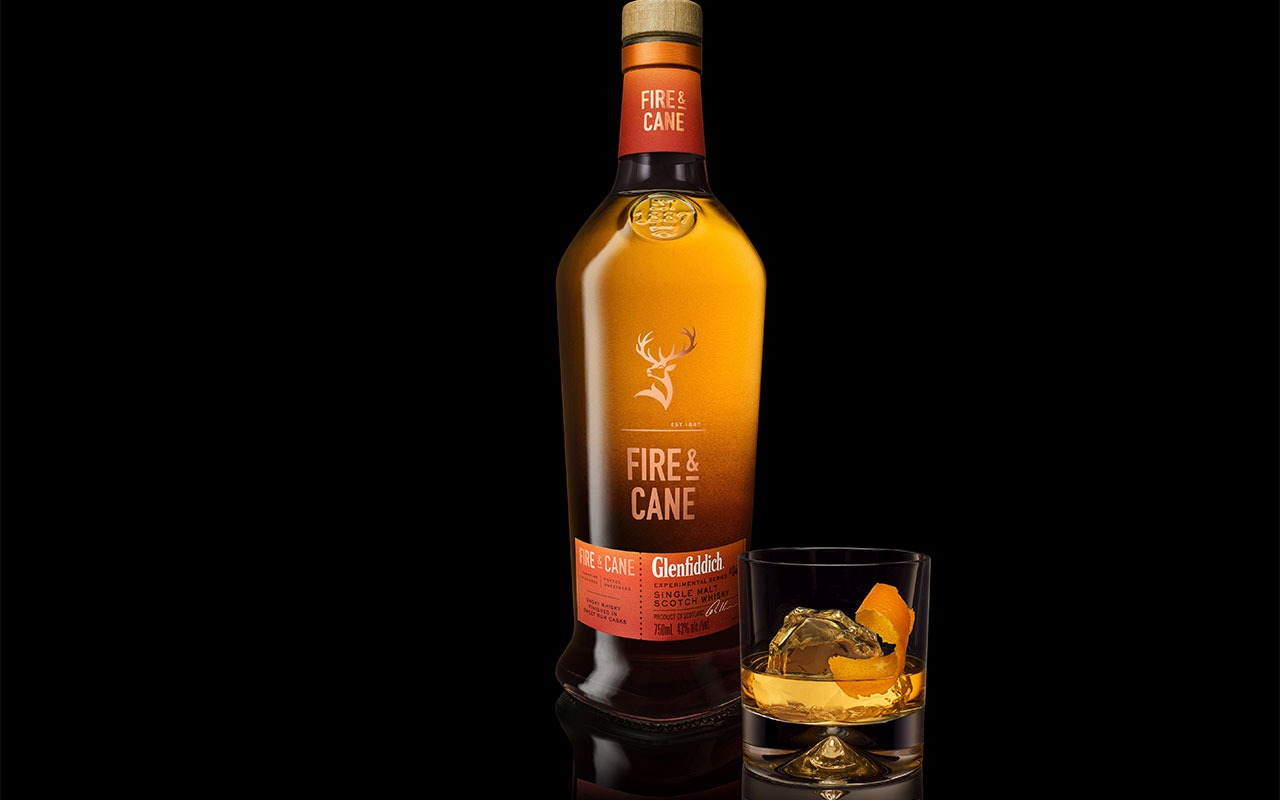 What should operators and bartenders consider when deciding which whiskies to stock?

Flavour. I can’t stress it enough. What’s the point of having a back-bar full of duplicates if you struggle for space? Get to understand the flavour profile, irrespective of region (or country) and choose to build a complete and full spectrum of flavours for your customers to enjoy. I appreciate that in some cases bars in Scotland have extended ranges because they are whisky-led venues, but if you are carrying, say, ten malts, then try to reflect the diversity of Scotch instead of 40% of your offering being peated as I’ve often seen in my travels.

What do you think William Grant & Sons’ whisky portfolio offers?

Presently, and for some time now, it’s a great snapshot of not only our style, but of historic styles also. With WG&S, you really can experience a wide range of flavour offered by whisk(e)y, from delicate, light and floral styles through bold, rich and smoky – we have it all. But further to this, I believe we have one of the strongest and most knowledgeable teams of ambassadors who are invested in not only their brands, but in their categories in general which means, as a venue operator, you really should feel confident that we can educate and advise in a way that is overall beneficial for your business.

How long have you worked in your role and how did you get started in the industry?

I’ve been the ambassador for Glenfiddich for seven years now, the last four in Scotland (previously UK and a bit of Europe) but I’ve been in the whisky business for over double that. Initially working for Class magazine and then starting my own tasting events around the UK that developed into consultancy for a number of brands of Scotch, gin and tequila before hanging my hat on Glenfiddich and not looking back. It’s a wonderful industry to work in – such a community irrespective of which brand you represent.

What’s your favourite part of the job?

I think, as mentioned before, it’s the community you end up being a part of. And with social media, that is such a global community now. You can meet another ambassador or brand rep at a show in Italy, for example, and they remain a friend for many years. I suppose in the current situation that’s the part I miss the most, travelling to shows or cities and catching up with all those wonderful people, sharing a story or a dram. And the consumer becomes part of that also. I am grateful to be able to count a number of close friends who I’ve met over the years because of whisky. Great friendships can often be born from a quick dram with a stranger at the bar – or in this case, during a Zoom call perhaps.

What’s your most memorable dram and why?

Oh goodness, I mean I’ve so many great memories – all for very different reasons and quite a few that couldn’t or shouldn’t be repeated or printed.

But, when I first took the role at Glenfiddich, I went to visit my grandfather – the man to whom I link my love of whisky (and Glenfiddich). He was 105 at the time, living in his own home and we sat down one sunny afternoon in his lounge and shared a Glenfiddich 12 – one of his favourites. I asked him about his first whiskies and drinking as a young man (in the 1920s!) and what it was like. His stories were always wonderfully evocative and drew you close. But I knew at the time it was most probably the last whisky I would share with him and, therefore, important that I listened and enjoyed every aspect of the experience – the dram, the warmth of the day, just being there with him. He passed away six months later and I only managed to see him once more before that time. Sadly, not with a dram. Those kind of memories highlight that it isn’t about the actual whisky or the value of it (I’ve been fortunate to drink some exceptionally rare and expensive whiskies in my life) – but it’s the people and environment that being with them creates that makes it most memorable.

If you could have a dram with anyone, who would it be, what would you drink and where?

How on earth can you narrow that down? I’ve always admired Hunter S Thompson for his writing and way of life, and for similar reasons Oliver Reed – a phenomenally talented actor with a very troubled mind. But I think I’d love to share a dram with Nan Shepherd, a Scottish author who wrote one of the most inspiring and beautiful books about her travels and life in the Cairngorm mountains (The Living Mountain). Her view of the world was like none other at the time, and as someone who loves the outdoors and in particular the mountains of Scotland, I would love to sit atop a corrie or at a lochan edge with her and share a dram. Either her, or Tony Stark.