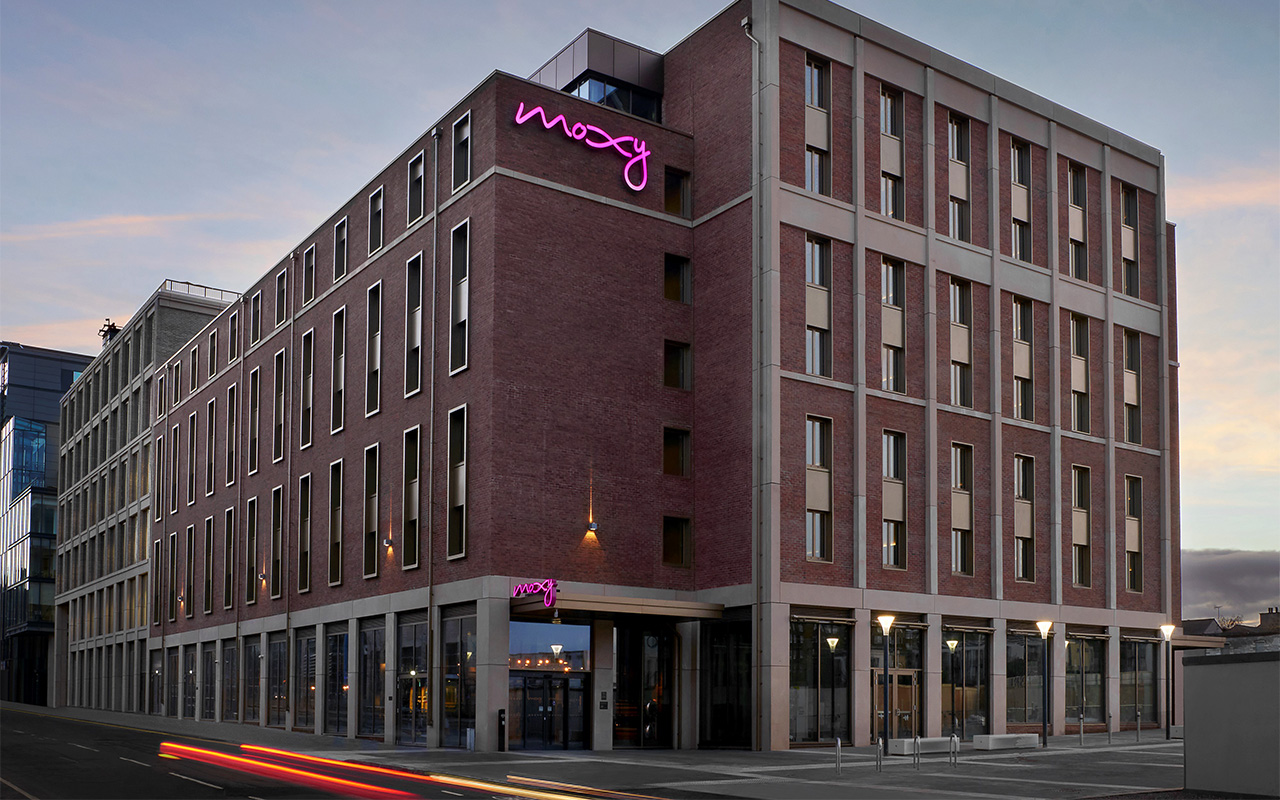 A NEW Edinburgh hotel built on the site of the former Fountainbridge Brewery is gearing up to open when restrictions allow.

Moxy Edinburgh Fountainbridge is currently open to provide accommodation for key workers and is set to fully open when lockdown is lifted.

The 262-bedroom hotel is the second Moxy hotel – a Marriott brand – in the capital, joining Moxy Edinburgh Airport.

The new hotel’s interior is said to include references to the former brewery site on which it is built, with oversized beer tanks a feature in the lobby. A rooftop bar and terrace with views of Edinburgh Castle will offer a range of Scottish and international craft beers and cocktails, alongside a tapas-style menu. The hotel also has two meeting rooms and a 24-hour fitness centre.

General manager Simon Garrow said: “It’s really exciting to bring something new to one of the trendiest up and coming areas of the city.

“There is nothing quite like it in the vicinity and we’re looking forward to guests and locals experiencing the origins of the site, with the quirky brewery theme running throughout the hotel.”