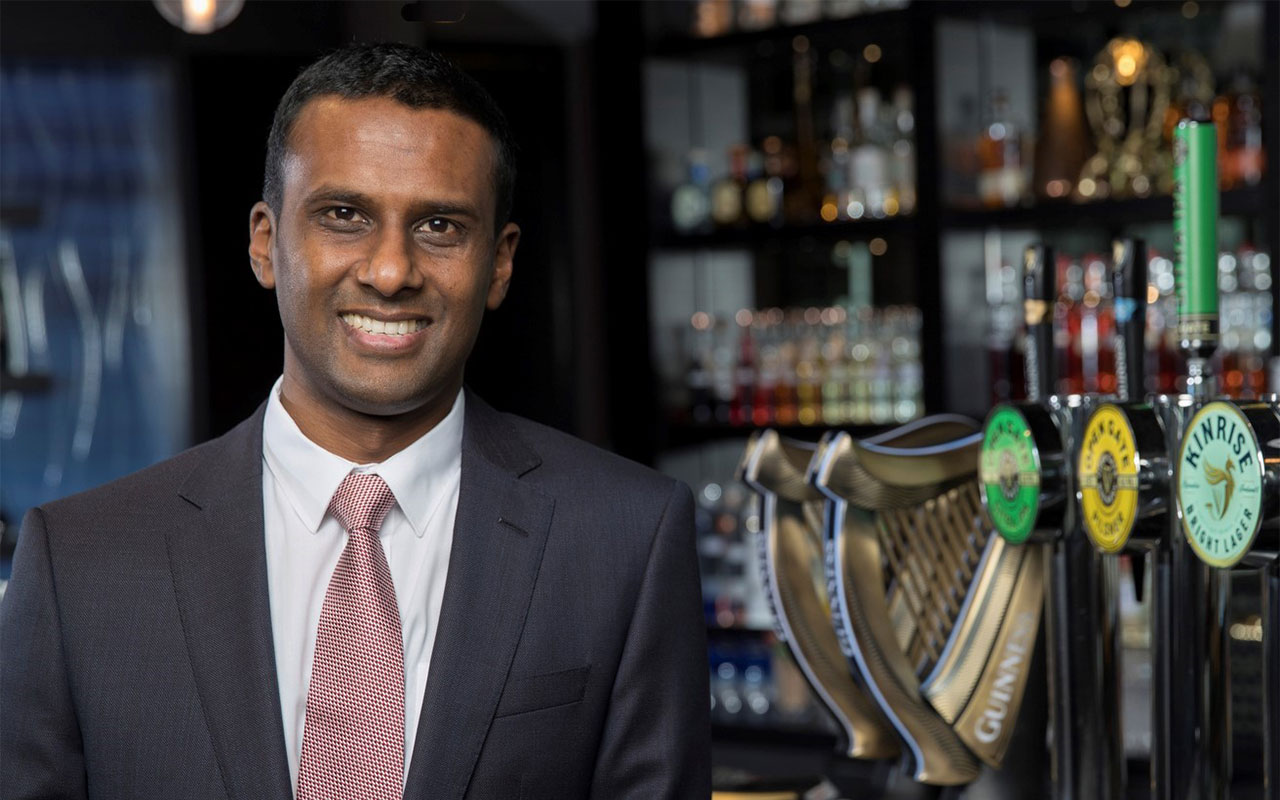 Speaking to SLTN, the boss of the company behind Guinness and Gordon’s referenced an earlier study commissioned by the drinks giant on the impact of the coronavirus trading restrictions on Scottish hospitality businesses following the last lockdown; the report, published in December 2020, showed that extending trading times by around two and a half hours and allowing alcohol to be served under strictly controlled conditions would increase hospitality businesses’ turnover from £419 million to £1.1 billion, increase the number of jobs supported from 28,300 to 60,800, and secure the viability of 1816 businesses.

Nayager said revising the levels restrictions this time around could have a significant impact on the commercial viability of pub and restaurant businesses when they are allowed to reopen. First minister Nicola Sturgeon said last week that Scotland will return to a levels system of coronavirus restrictions from 26th April “possibly with some revision to the content of the levels”; more detail is expected to be published in mid-March.

“We want to see a safe and sustainable reopening of the trade,” said Nayager.

“Our impact study into the hospitality restrictions showed small changes to the restrictions would have a significant impact on income and jobs.

“We want the Scottish Government to give hospitality the opportunity to reopen safely, sustainably and in a commercially viable way.

“We’ve been working closely with our customers and we’re fully behind them all the way; we have big plans to continue supporting the trade when it can reopen.”

A key part of that support is being delivered through Diageo’s Raising the Bar initiative. The £100 million global programme, £4m of which is dedicated to the Scottish trade, through which operators can access a range of reopening resources – from hand sanitiser stations and PPE to mobile bar solutions and training – launched last year ahead of the first reopening, and phase two of the initiative is now available.

The drinks giant is also continuing to offer training through its Diageo Bar Academy website and the Diageo Learning for Life programme, part of which saw 160 hospitality staff from across Scotland complete its Hospitality Elevator training programme over the current lockdown. A dedicated Learning for Life space will form part of the new Johnnie Walker Princes Street building in Edinburgh, which is due to open later this year as part of Diageo’s £185m investment in its Scotch whisky experiences, which includes the revival of Brora distillery (work is due to be completed in the first half of this year) and Port Ellen distillery on Islay (work is expected to get underway in the second half of this year).

Diageo also has a raft of new products ready for the on-trade reopening.

Claiming that it was behind 43% of all spirits innovation in Britain in the second half of 2020, the drinks giant, which is poised to complete its acquisition of the Chase Distillery in Hereford, has launched a number of new products, including Gordon’s 0.0% and Tanqueray 0.0% as well as Tanqueray Blackcurrant Royale. It also plans to launch Guinness 0.0% in the on-trade.

Nayager said he expects the low and no-alcohol and flavoured gin categories to continue to perform strongly in the on-trade when it reopens. He also expects demand for cocktails to remain high, as well as the trend for premium products.

“During lockdown, the cocktails at home trend has become a big thing and once the trade reopens I think that trend will continue. There’s nothing better than going to a bar and a bartender making an excellent cocktail. And it’s about experiences that we can create as an industry.

“If we look at last summer there was vast uptake of consumers going to pubs when they reopened and I think we’ll see that again. I am looking forward to going out and having a pint of Guinness in a pub.”