Producers of spiced spirit gearing up for on-trade roll-out 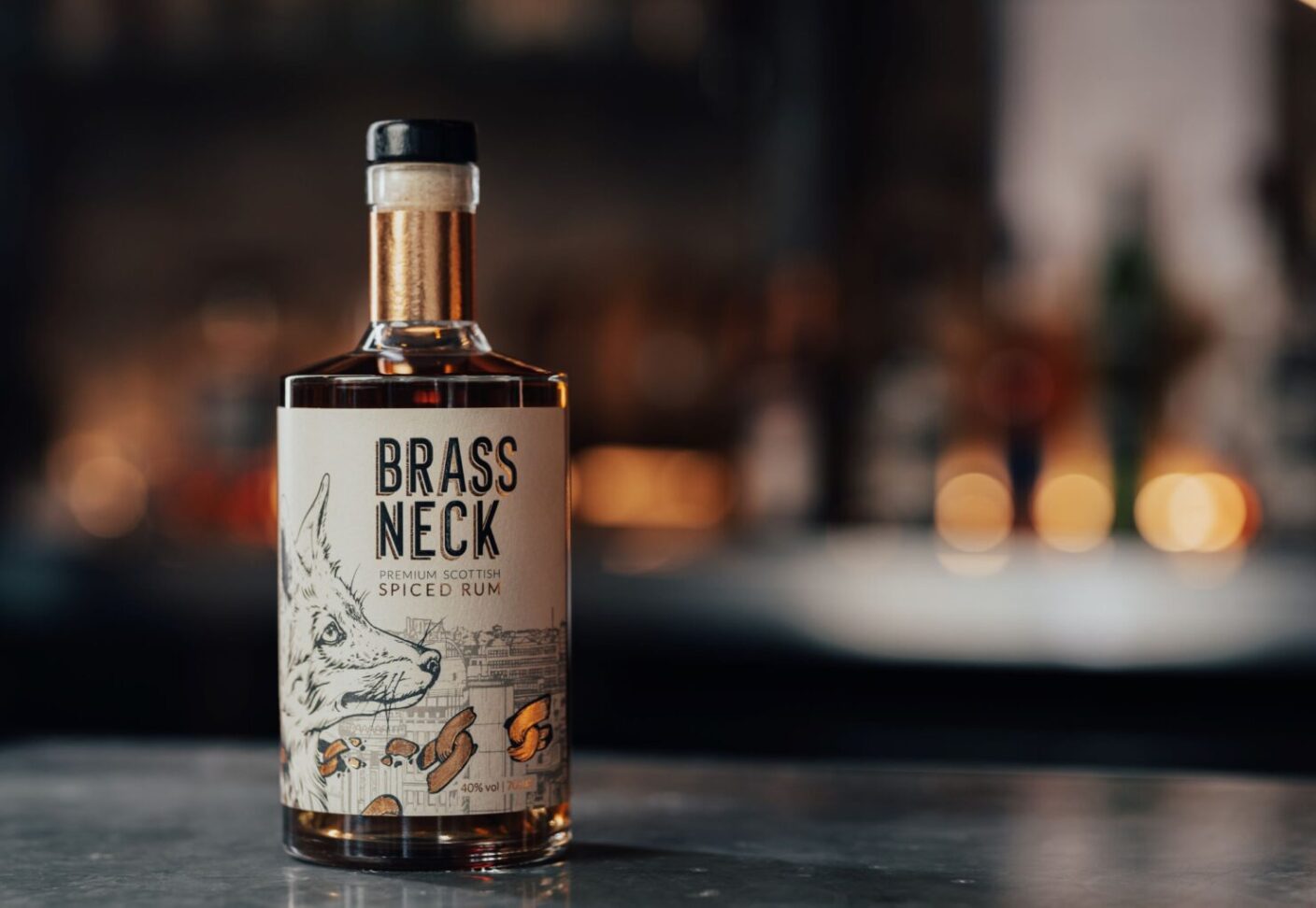 THE team behind a new Scottish spiced rum is gearing up to roll the spirit out in the on-trade once lockdown restrictions are lifted.

Brass Neck is the brainchild of friends and rum fans Freddy Drucquer, Dougie Jeffries and Chris Dowdall, who wanted to create a “distinctly Scottish rum”.

The trio worked with Strathearn Distillery in Perthshire to bring their vision to life and develop the recipe for Brass Neck Rum, which combines Scottish botanicals such as nettle and milk thistle with tonka bean and orange peel.

The result is a 40% ABV spirit which is described as “incredibly smooth” for sipping neat and is also said to work well in a range of cocktails, including a Negroni, Old Fashioned and Dark ‘n’ Stormy. The bottle features a brass neck and the label depicts a fox in an urban setting outwith its natural habitat in reference to the rum being distilled in Scotland.

Brass Neck launched last month and is currently available online and through a select number of stockists in Glasgow and Edinburgh. And the trio are eyeing an on-trade roll-out when pubs and bars can reopen.

“The whole process has taken about two years and we’re absolutely delighted with the end result,” Freddy told SLTN.

“We’re all rum lovers and we wanted to create a premium Scottish rum, something different and distinctly Scottish; it just grew from there.

“Rum is obviously usually made in the Caribbean so the name and branding needed to tell the story that it isn’t usually made in Scotland but we don’t care, we’re going to make it anyway; the label features a fox in an urban environment and that’s a bit like our rum being distilled in Scotland – it’s not supposed to be there but it is anyway.

“We’re really pleased with it. We launched it on 11th December and it’s going really well, considering it was a difficult time to launch. It should stand us in good stead for when the trade reopens. I can’t wait to walk into a bar and see it on the shelf.”