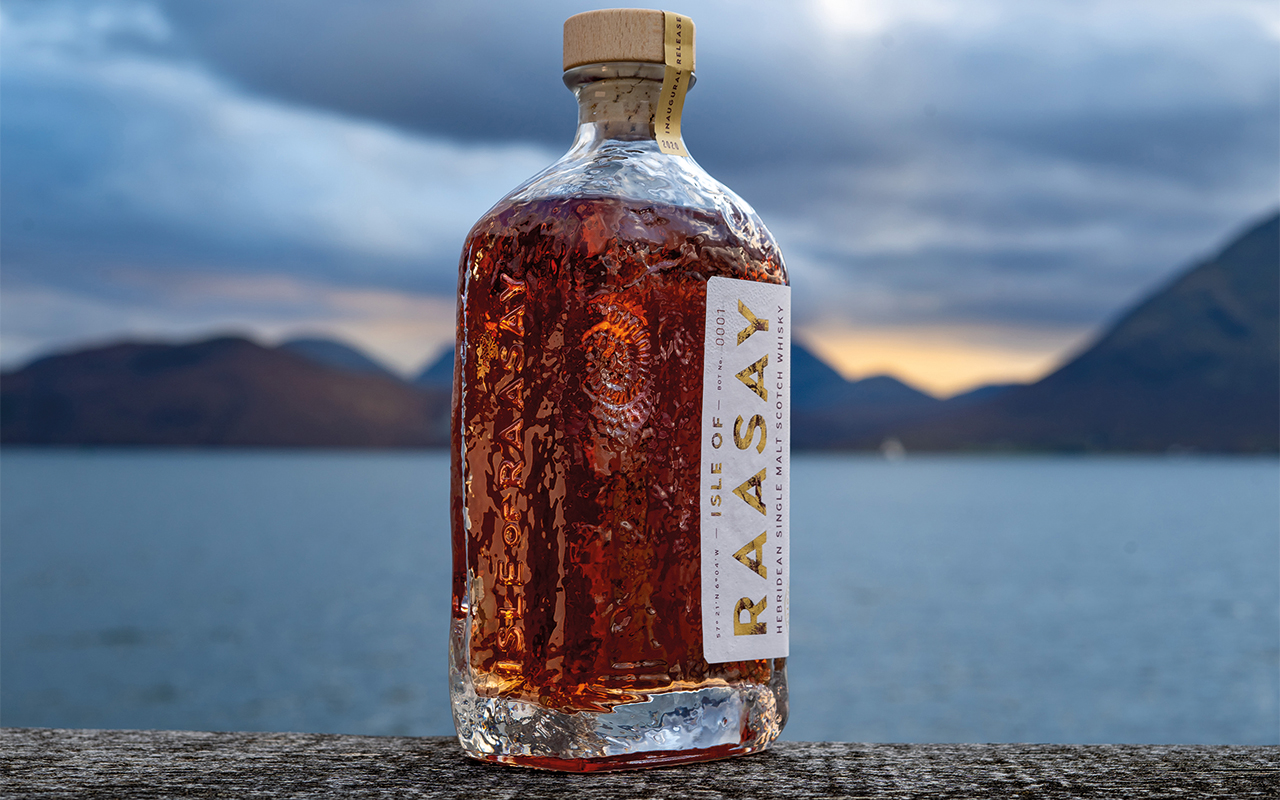 THE first legal single malt from the Hebridean Isle of Raasay has left the island in what Isle of Raasay Distillery co-founder Alasdair Day described as a “historic moment”.

The Isle of Raasay Single Malt Inaugural Release 2020 sold out in September, with all 7500 bottles snapped up by consumers and trade ahead of its release last month.

The decanter-style bottle features designs of the island’s fossils and rocks moulded into the glass, and is intended to capture the Hebridean island’s “rugged natural beauty”.

Alasdair Day, co-founder of Isle of Raasay Distillery, which opened in September 2017, said: “This is a really historic moment as the first legal Isle of Raasay single malt leaves the island for the first time.

“We are very proud of our lightly peated island single malt, and our beautiful bottle that is made with clay moulds of Raasay’s rocks and fossils. It’s like a piece of the island in your hands.”