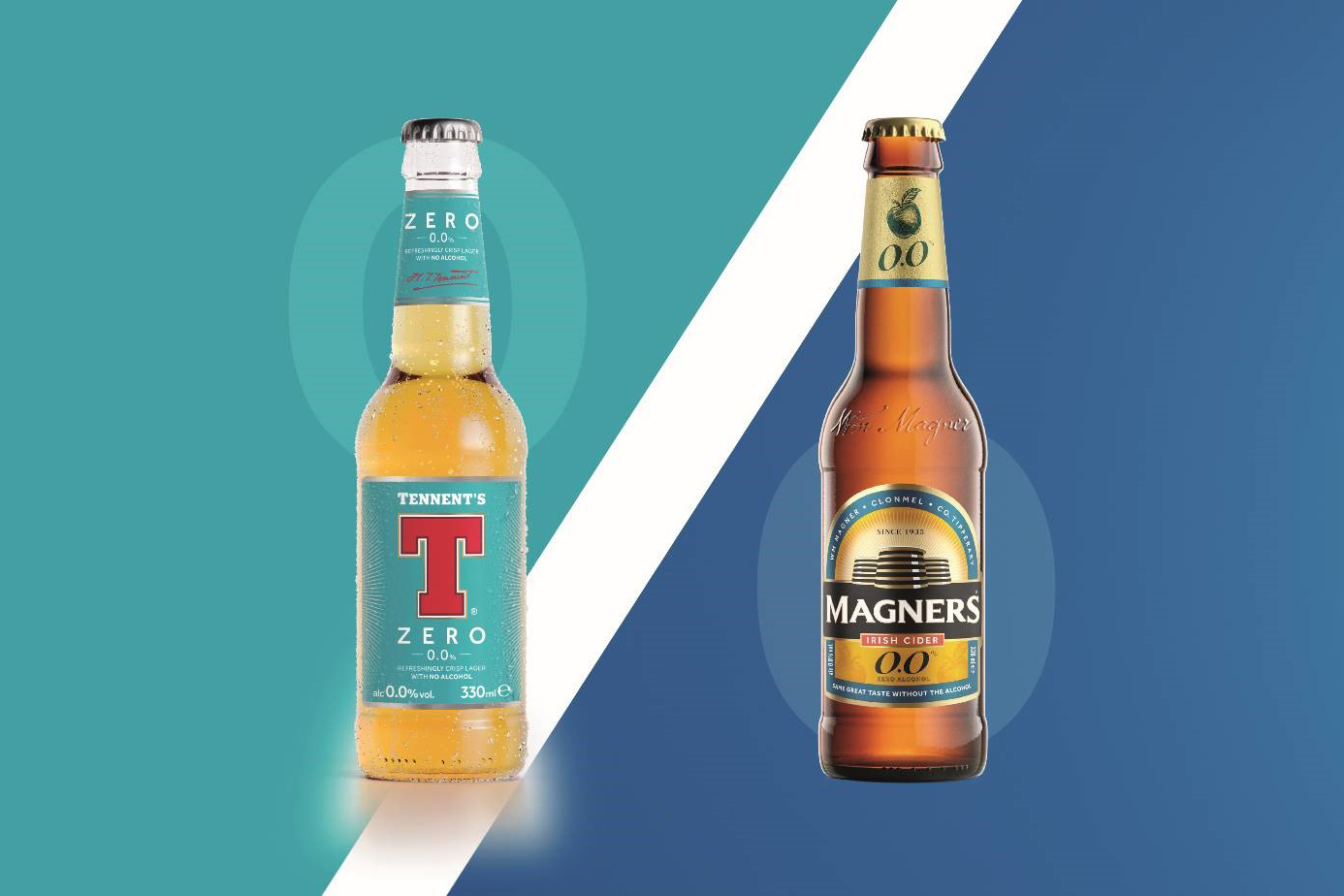 TENNENT’S has launched alcohol-free versions of its Tennent’s Lager and Magners Original cider brands in the on-trade.

Launched today (October 1), Tennent’s Zero and Magners 0.0% have been created to meet what Tennent’s said is growing demand for low and no-alcohol drinks.

Like Tennent’s Lager and 3.5% ABV Tennent’s Light, which was launched earlier this year, Tennent’s Zero uses water from Loch Katrine and Scottish barley to create what Tennent’s said is the “same great flavour” as the original. Tennent’s Zero is also low-calorie, with 17kcal per 100ml.

Likewise, Magners 0.0% is said to be made using the same blend of apples as Magners Original. Described as a “light refreshing alternative”, the cider is vegan and gluten free, with 66 calories per 330ml bottle.

Commenting on the new products, Iain Telford, senior marketing manager at Tennent Caledonian Breweries, said: “Creating Tennent’s Zero has been described by our master brewer as the search for the Holy Grail – a beer that stands up to the authenticity, provenance and great taste of Scotland’s top-selling beer, Tennent’s Lager.

“Within the cider category, Magners Original is the number one packaged cider, and with Dark Fruits the fastest growing dark fruits cider in the market, Magners 0.0% will be a welcome addition to operators looking to extend their range, particularly with cider said to account for 13% of the 81% growth in no/low-alcohol products between 2018 and 2022.”