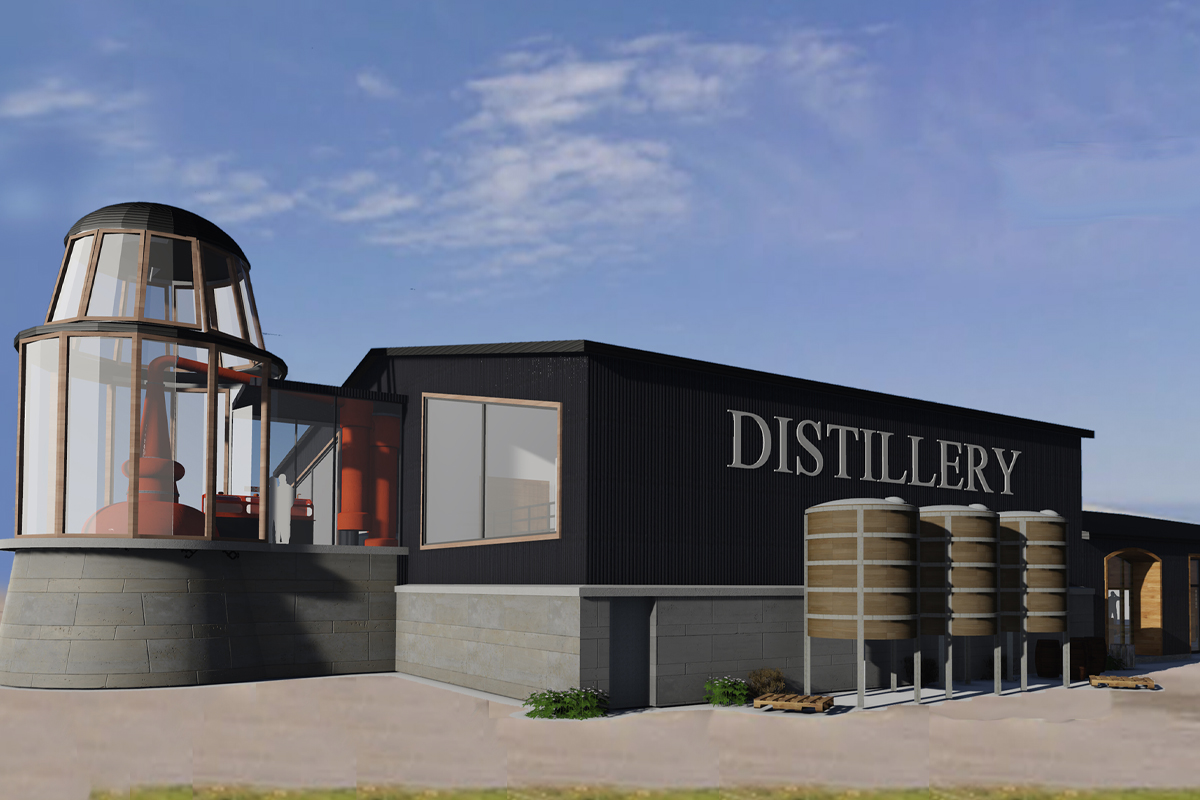 UIST Distilling Company has announced plans to build a multi-million pound whisky distillery on the Isle of Benbecula in the Outer Hebrides.

Proposals for the new £6.5 million facility at Gramsdale on Benbecula were submitted by owners Angus A MacMillan and son Angus E MacMillan and include the use of low carbon technologies for construction of the facility and its distillation process and large glazed areas on either side of the building to display the copper whisky stills and visitor centre.

If given the go ahead, the Hebridean distillery would create 25 jobs and a further 60 indirect opportunities for suppliers, farmers and other local businesses.

Angus A McMillan, chairman and chief executive of Uist Distilling Company, said: “The new distillery aims to be a champion of all things Hebridean and Scottish and will provide a huge boost to tourism in the area. We want to produce whisky, rum and gin that will put Benbecula and the Hebrides firmly on the whisky tourist trail, while introducing the products we make to a national and international clientele.

“I want to build strong relationships with other island distilleries so that we support the economic prospects of Scotland and our wider international industry.”

Angus E MacMillan, operations director, said: “Having a low carbon footprint is key to The Uist Distilling Company’s plans. We are working with industry experts to design a spirit production process which is powered by renewable energy sources, this will lower the carbon output of the distillery and ensure we are at the forefront of the whisky industry’s move away from the use of fossil fuels.

“Highlands and Islands Enterprise (HIE) had already demonstrated its support by part-funding a feasibility study, while Western Isles Council is also supportive of the project.”

Production of single malt whisky, rum and gin is hoped to begin in 2022.