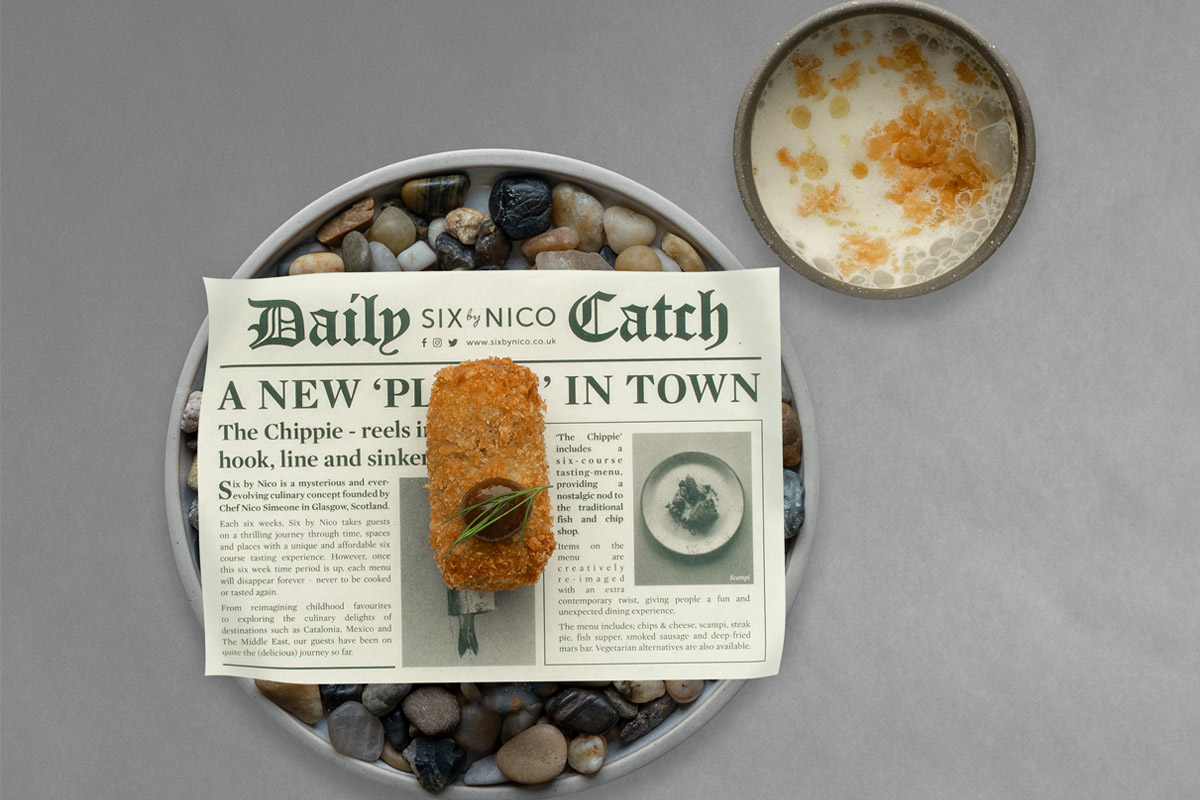 SIX By Nico will be welcoming back customers in July with a menu inspired by the traditional fish and chip shop.

The Scottish restaurant group plans to reopen its Glasgow and Edinburgh-based venues on July 17 with its six-course dining experience, The Chippie 2.0 – a fresh take on Six by Nico’s original ‘chippie’ menu which launched with the opening of its eatery in Finnieston in 2017 and its Edinburgh venue in 2018.

The menu, which runs until September 6 and is priced at £29 per person, features courses, including chips and cheese with a parmesan espuma and crisp, curry oil, brandade croquette, vinegar powder and brown sauce; a fish supper with Shetland cod, pickled mussels, confit fennel, samphire and beer emulsion; and deep-fried mars bar with chocolate pave, blood orange sorbet and cocoa nib. A wine pairing option will also be available for an additional £26.

Chef owner, Nico Simeone, said: “The Chippie was originally designed to bring a sense of fun and nostalgia, and when talking to our team and Six by Nico community about which menu we wanted to reopen with, it was clear we wanted to bring those feelings back.

“When we launched our restaurants in Glasgow and Edinburgh, The Chippie was hugely popular so not only does this mean our existing customers get the opportunity to experience a new version, but it gives us the chance to share it with even more people the second time around.”

Six by Nico’s Scottish venues will operate on a reduced capacity and will open on Mondays for the first time; Finnieston will seat 24 guests, Glasgow’s Southside will accommodate 22 guests and Edinburgh will seat 42 guests.