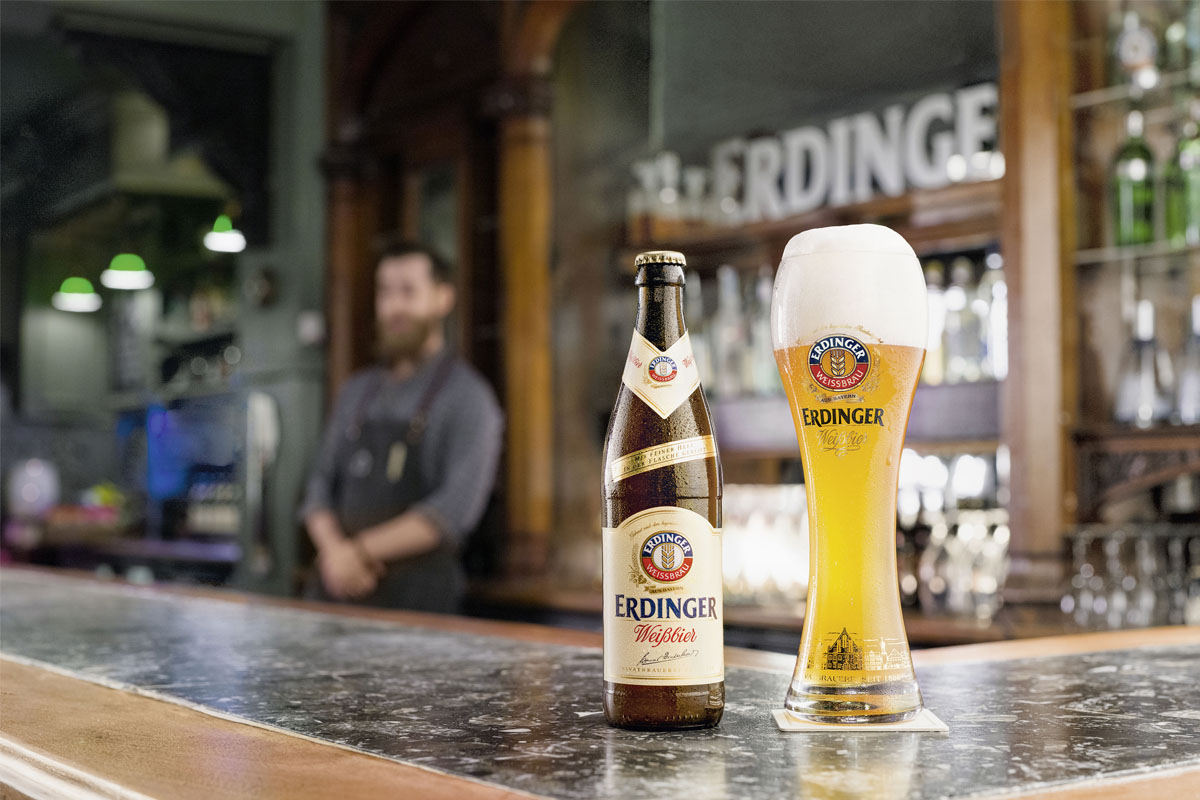 GERMAN beer brand Erdinger is set to launch a new, pub-set TV advertising campaign as the trade prepares to reopen its doors.

The campaign, featuring Jürgen Klopp, was originally scheduled to launch earlier in the year but was delayed due to the coronavirus pandemic. The ad features the famous manager watching football in a busy pub. As a goal is scored and the pub erupts Klopp yells ‘stop’, confusing his fellow pub-goers until it is revealed he was instructing the barman not to skim his pint of Erdinger Weissbier.

The ad will be on screens from early July and will be accompanied by activity in the on-trade.

“With the ‘Never skim an Erdinger’ campaign and Jürgen Klopp as an outstanding brand ambassador at our side, we aim to create a new impetus which will enable us to position wheat beer as a highly desirable speciality throughout the UK market,” said Erdinger export director, Marcus Korte.