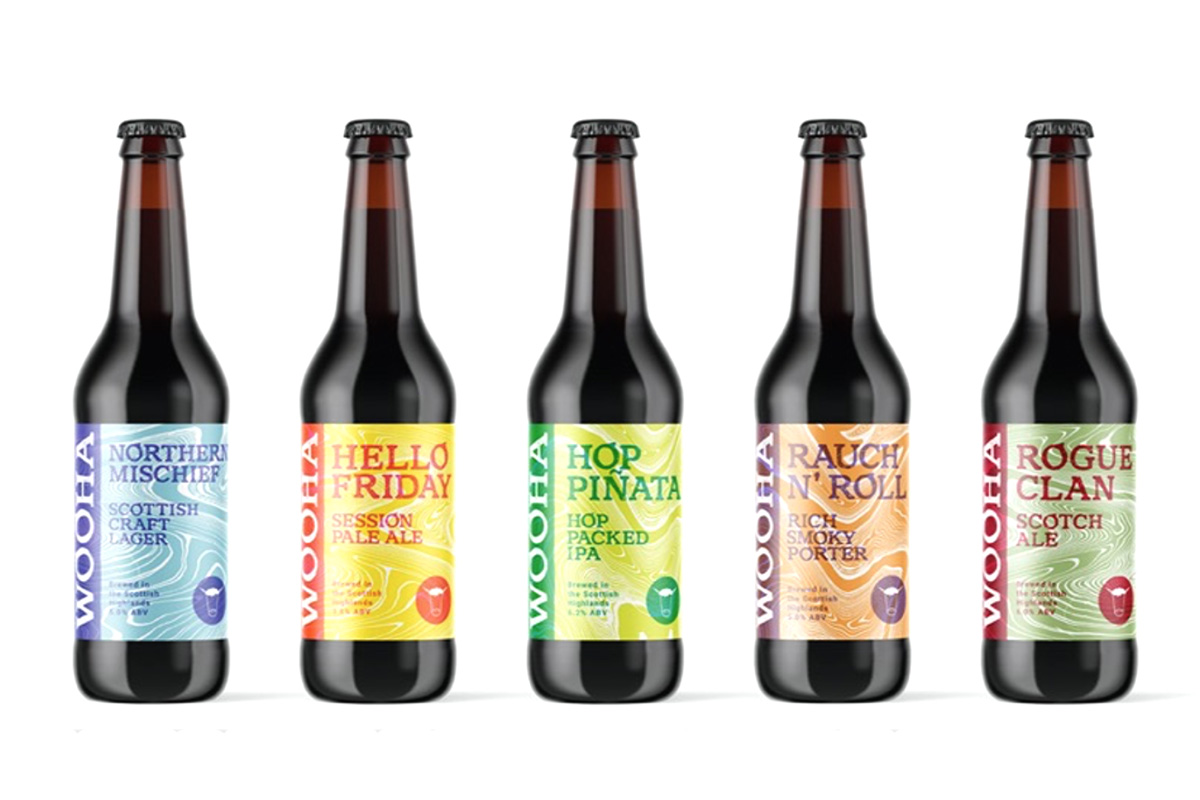 A MORAY craft brewer has released five new beers and unveiled a new look for its range as part of a £1.5 million investment plan.

The new bottlings from WooHa Brewing Company – which plans to expand its current production by 17 times over the next three years – are additions to the company’s core range and include Hello Friday, a session pale ale with a 3.8% ABV, craft lager Northern Mischief, Indian pale ale Hop Pinata, porter Raunch N’Roll and Scotch ale Rogue Clan.

The refreshed branding follows the company’s successful crowdfunding campaign which raised over £600,000 and is a move away from the company’s cartoon cow imagery to “tailor the brand to its new and growing international markets.”

Heather McDonald, WooHa founder and chief executive, said: “Our bold new look brings a completely fresh perspective to the brand. It represents the brewery’s fun and energetic persona and our ambitious plans for expansion.

“Our main concerns with creating a new look were to streamline the brand and boost sales by creating a more vibrant, eye-catching label to reflect the friendliness of our brewery and appeal to our international markets. Our latest listing with Cress Co will enhance our domestic trade audience.

“This is one of the first steps on our journey of continued growth. Our vision remains strongly focused on the expansion of WooHa and we are continuing to work on bringing high quality craft beers to our customers across the globe.”