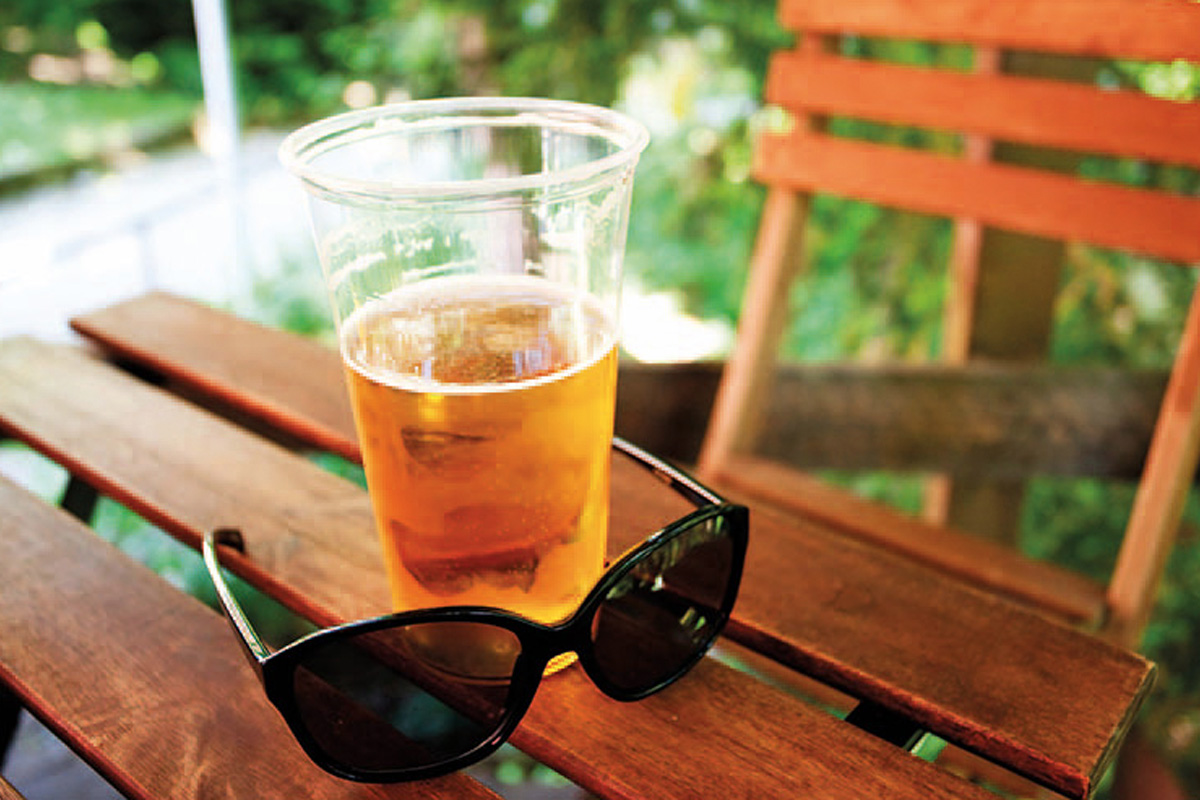 TRADE groups have expressed “bitter disappointment” and “shock” following the Scottish Government’s decision not to reopen outdoor areas until July at the earliest, saying the move could have a “knock-on-effect” for businesses who are preparing for the full reopening of the trade in mid-July.

Speaking at the Scottish Parliament on June 18 first minister Nicola Sturgeon said she hopes to announce the reopening of outdoor venues on or around July 2 but is seeking further scientific advice on emerging evidence that bars and restaurants can be “hotspots” for transmitting the virus.

Marc Crothall, chief executive for the Scottish Tourism Alliance, said that permission to reopen outdoor spaces such as beer gardens would have been a “welcome relief” for many hospitality businesses and that a number of venues had already made plans to reopen over the next few days.

Crothall said: “We acknowledge that many restaurants, hotels, pubs and golf clubs with an outdoor area which they had planned to open over the coming days will be bitterly disappointed that this will not be possible until July 2 at the earliest. Having a chance to get some revenue coming in to offset the huge burden of costs that have had to be borne over the past 12 weeks would have provided some welcome relief for many.

“The July 2 date, however, will allow time for operators to become 100% familiar with the sector guidance and protocols for and to plan and prepare for opening outside areas safely and for those that can be ready for full opening, we hope, on July 15.

“There is a balance between the health crisis and the economic crisis and we must not underestimate how important it will be for businesses to be able to open up in an economically viable way whilst at the same time importantly providing the necessary reassurance around safety to their employees, customers and our communities.”

The move to delay the reopening of outdoor venues was described as a “bitter blow” by the Scottish Licensed Trade Association (SLTA).

SLTA managing director, Colin Wilkinson, said: “With the decision now delayed until July 2, operators face another anxious period for the survival of their businesses. This may also have a knock-on effect for the reopening of indoor areas, originally planned – all being well – for July 15.

“This delay, hypothetically only two weeks before full reopening, may be possible with social distancing measures and again brings into question whether these first steps, for those who have an outdoor area or the potential to have one, will actually help businesses to start recovering from this pandemic.

“Without question, health and safety must come before profit but the first minister’s comment that ‘there is emerging evidence that places such as pubs, restaurants and gyms can be hotspots for transmission’ will do nothing to alleviate customer confidence in returning to our pubs and bars.”

Feelings of disappointment were echoed by the Scottish Beer & Pub Association (SBPA) who said that many hospitality business owners were expecting to be told a “definitive” date for reopening at the briefing on June 18. The trade group also said that the decision to maintain a two metre social distance could jeopardise over 23,600 jobs in the trade.

Emma McClarkin, chief executive of the Scottish Beer & Pub Association (SBPA), said: “Pubs and bars across Scotland will be somewhat disappointed by this announcement, with many expecting to be given a definitive date today for re-opening their outdoor space to allow them to start preparing to open again. That’s sadly not the case, with these businesses now having to wait a further two weeks before any clarity on when they can welcome back their customers into beer gardens and other outdoor areas.

“While the re-opening of outdoor space would provide some relief to parts of our sector, the vast majority of pubs will be looking towards the July 15 for the full re-opening. Even then, there remains issues for our sector that need to be addressed to properly unlock the economic boost our pubs can contribute to the national economy.

“Continuing to operate at a two metre social distance will make opening financially unviable for many and could result in over 23,600 job losses in our sector alone. A survey of our members shows that moving to the World Health Organisation-backed one metre distance that many other countries have adopted would allow the majority of premises to safely open their doors again.”

Colin Borland, director of devolved nations at the Federation of Small Businesses (FSB), said the Scottish Government must provide “sharper detail” for businesses about the re-opening programme.

“Those that operate restaurants, pubs and cafes will be bitterly disappointed that they’re waiting at least another fortnight before they can welcome back customers even if they have outdoor facilities,” he said.

“We understand the need to exercise caution, but the Scottish Government must provide sharper detail for businesses about the re-opening programme. Some businesses will have wasted some of their precious reserves preparing to open their doors in the next few days, when actually they won’t be open for weeks. For example, pubs with beer gardens will be understandably frustrated – especially if they spent money getting cellars restocked.”