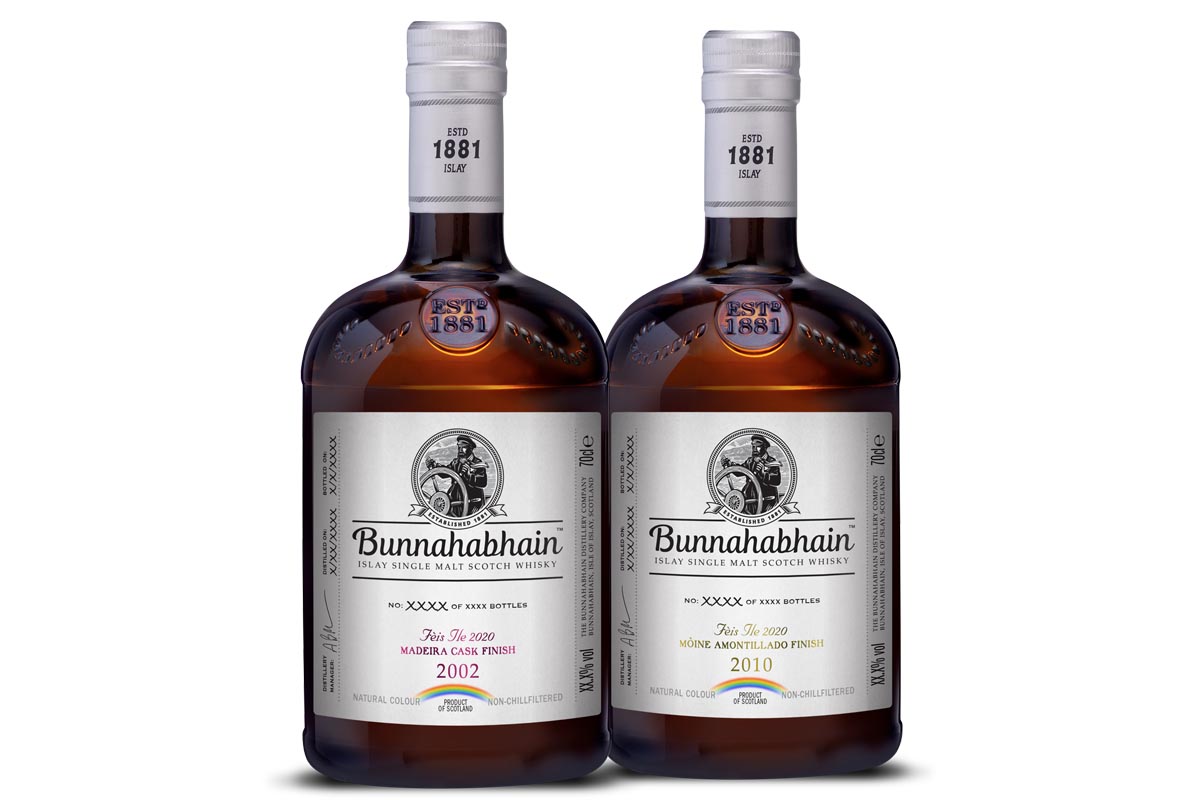 BUNNAHABHAIN Distillery will showcase its two Islay Festival editions in a virtual tasting tonight after this year’s Fèis Ìle was cancelled due to the coronavirus pandemic.

The limited edition expressions – the Moine Amontillado Finish and 2002 Madeira Finish – sold out online in less than 24 hours following their release last week, with the team at Distell-owned Bunnahabhain donating 10% of all product sales to licensed trade charity The Ben.

“We couldn’t have imagined that they would be released without a festival taking place this year,” he said.

“These limited edition single malts pay homage to the magic of Fèis Ìle, so even if you can’t be there in person, now everyone can take a little slice of that home. Until we raise a dram with you again in person next year.”