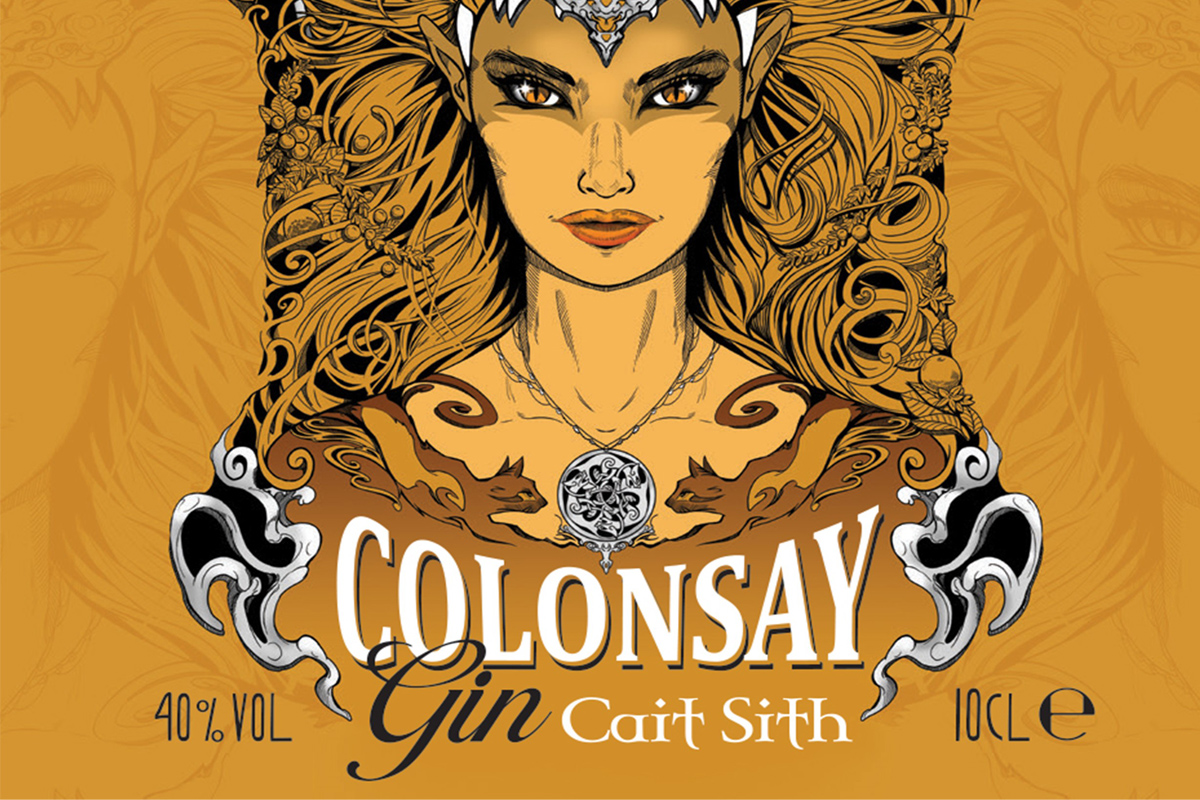 CELTIC folklore and the landscape of the Isle of Colonsay have inspired the latest small-batch gin release from Wild Thyme Spirits.

Cait Sith gin, pronounced Caught Shee, is named after the mythical cat, Cait Sith, that is said to roam the Scottish Highlands and bring good or bad luck to those it visits.

Based on the distillery’s Colonsay Gin, the Old Tom-style spirit is bottled at 40% AVB and has notes of orange, pink grapefruit and vanilla. It is described as “drier than a Dutch Genever, but sweeter than a London Dry” and is best served as a G&T or as a spritzer with lemonade or soda water.

The company’s signature character, ALVA – a Brownie with supernatural powers – is also featured on the gin’s bottle dressed as a feline warrior.

Wild Thyme Spirits is run by Fin and Eileen Geekie, originally from Oxfordshire, on the Hebridean island of Colonsay.