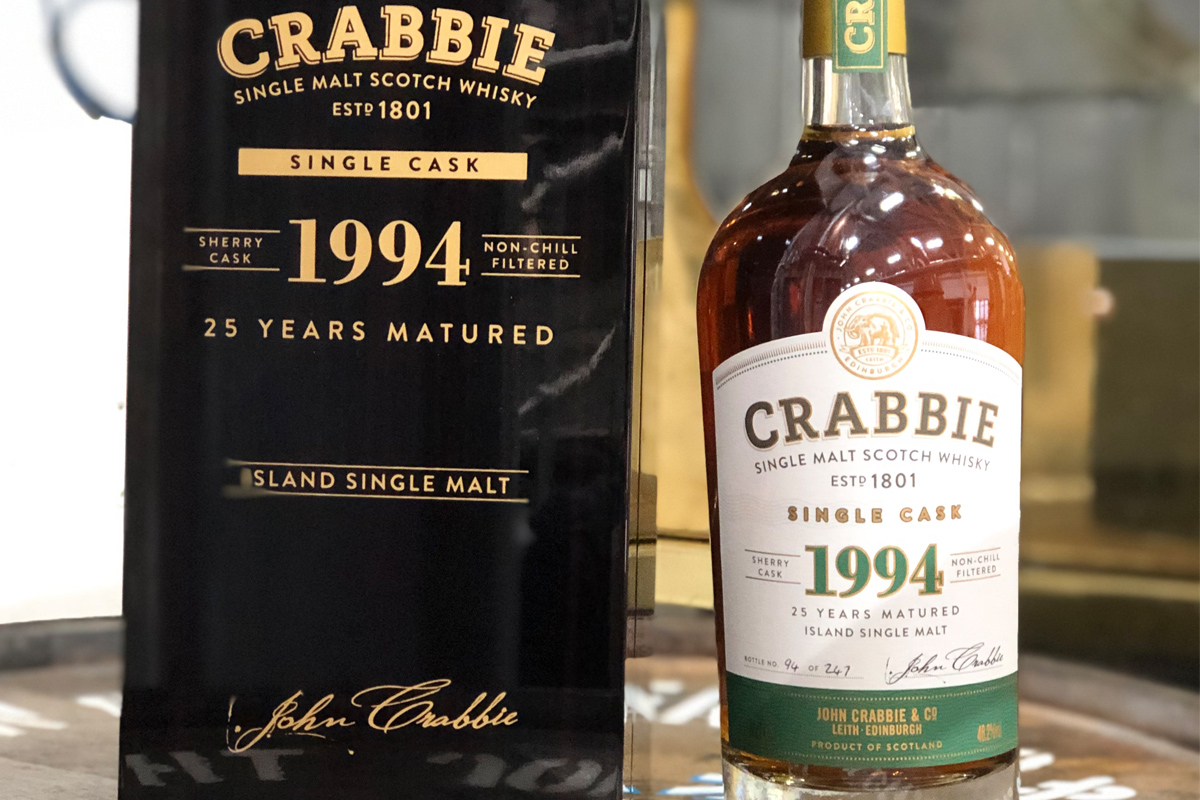 A 25 year old single malt whisky is the latest release from Halewood Wines & Spirits-owned John Crabbie & Co, ahead of World Whisky Day on Saturday (May 16).

Crabbie 1994 Island Single Malt was distilled at Tobermory Distillery on the Isle of Mull and matured for 25 years in an ex-sherry hogshead.

The whisky, which is non chill-filtered and bottled at 46.2% ABV, has notes of fruitcake, dark chocolate and warming spices. Just 247 bottles have been released in the UK priced at £300.

John Kennedy, head of sales for Scotland at John Crabbie & Co, said: “Crabbie 1994 Island Single Malt is one of our most carefully planned releases to date.

“We had cask samples from distilleries all across Scotland and it was a difficult choice, but this sherry cask from Tobermory was absolute stand-out with its nose of sweet macerated dates, fruit cake, warming spice and its orange marmalade and rich dark chocolate finish. It will most certainly appeal to those who take their whisky seriously.”