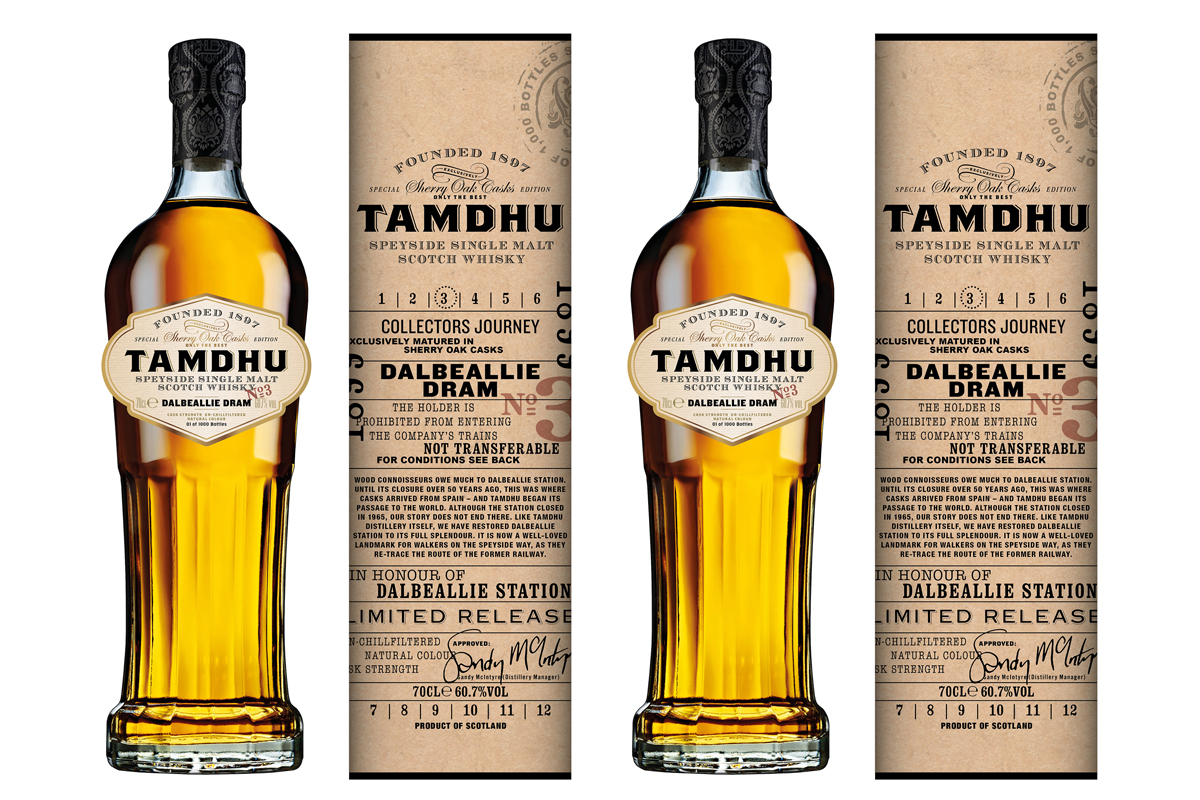 Released on Monday (May 4) Dalbeallie Dram 003 is an ode to Tamdhu Distillery’s neighbouring train station, Dalbeallie, which was once used to transport sherry casks to the Speyside distillery and has recently been restored by the whisky brand.

Bottled unchillfiltered at 60.7% ABV the malt, which is limited to 1000 bottles and available to pre-order now from the Tamdhu website, has been matured in European and American Oak Oloroso casks and is described as “luxurious, thick and syrupy on the palate” with flavours of banana and lime, toasted marshmallow, spiced bread and butter pudding and “gentle waves of oak”.

Sandy McIntryre, Tamdhu distillery manager, said: “We’re thrilled to be launching our third exclusive, limited edition Dalbeallie Dram – an exceptional toast to an important part of Tamdhu’s history. Dalbeallie Station holds a special place in the hearts of everyone at Tamdhu and these drams are our special way of honouring its legacy.

“Dalbeallie Dram 003 joins the popular Dram 002, which we launched at last year’s Spirit of Speyside Whisky Festival, and 2018’s start of the Collector’s Journey, the Dalbeallie Dram. Each has been carefully chosen by our distillery team and we’re extremely proud of this latest addition to the series.”

Campaign urges government to ‘save our jobs’